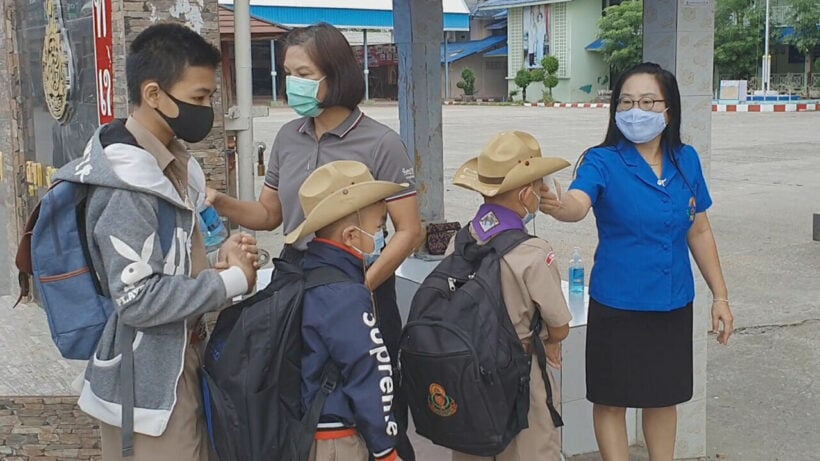 All 15 schools in Mae Sot district of Tak province have been ordered to close again just 1 hour after the first day of school reopenings in the province, as 5 children tested positive for Covid-19.

Mae Sot City Municipality Office issued an urgent order to close all schools in the district after a vendor tested positive for Covid-19. At least 25 people who had been in close contact with the vendor were also sent to the Mae Sot hospital. The test results showed that 5 children, related to the patients were also infected, leading to the closure of schools until further notice.

Today is the first day that all schools countrywide, except for those in Samut Sakhon province, are allowed to reopen after being closed since the beginning of January due to the second wave of C-19 cases. The permission to reopen was in line with Centre for Covid-19 Situation Administration announcement as the situation of viral outbreaks had improved.

As of today, Tak records 144 cases, with 49 patients under treatment and 2 deaths. The country has accumulated a total of 19,618 infections since January 2020. Another 836 infections were reported today from the  past 24 hours, the majority more cases discovered from active tracing and testing in the Samut Sakhon province.

Poll: 80% of Thais concerned about Covid-19 vaccine side effects