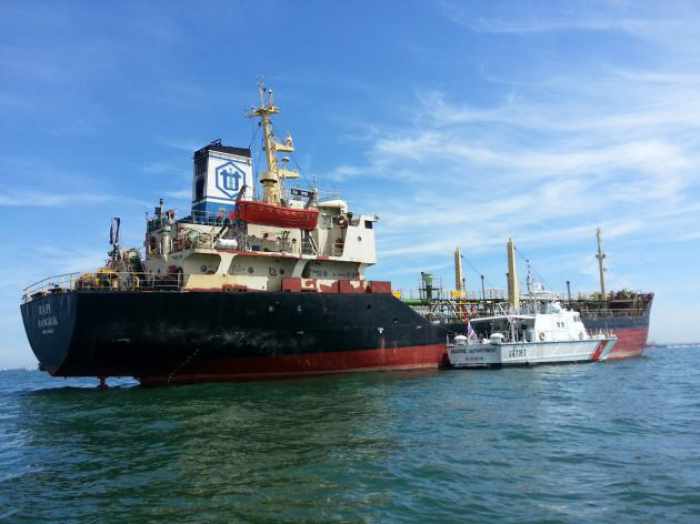 PHUKET: Pirates have released a Thai tanker that was bound for Indonesia after stealing its oil, in the latest attack in Southeast Asian waters, the International Maritime Bureau (IMB) said yesterday.

MT Orapin 4, with 14 crew aboard, arrived at Sri Racha Port on Sunday, the IMB’s Kuala Lumpur-based Piracy Reporting Centre said. The diesel oil tanker had lost contact with its owner after leaving Singapore on May 27 for Pontianak on Indonesia’s Kalimantan.

“Pirates hijacked and stole the tanker’s oil cargo and destroyed the communication equipment. The crew and vessel are safe,” the centre said. Noel Choong, the centre’s head, said they were investigating the circumstances of the hijacking.

Pirates have attacked a number of vessels in waters off Indonesia, Singapore and Malaysia recently. In April, pirates injured the captain and stole diesel fuel from another Thai-owned tanker off the eastern coast of Malaysia. In the same month, three Indonesian crew were kidnapped and diesel fuel stolen from a Singapore-managed tanker in the Strait of Malacca, an important shipping lane.