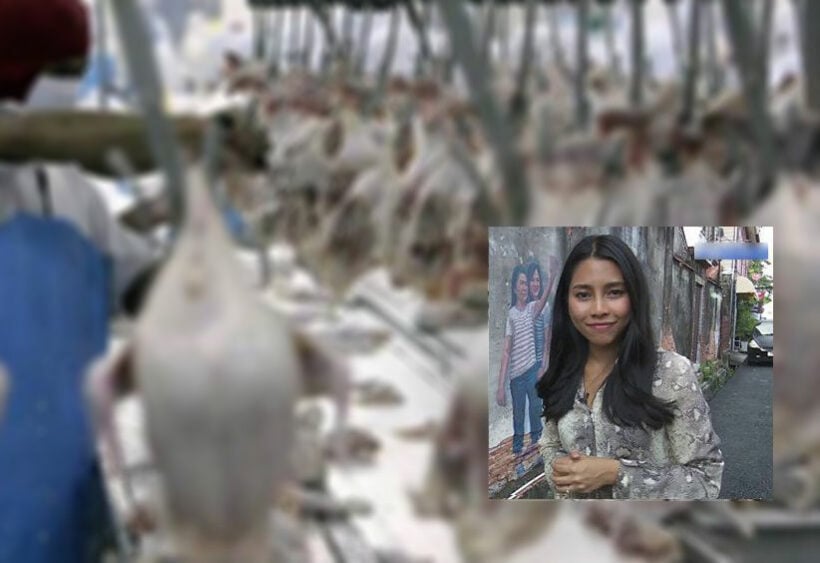 A court has sentenced a reporter to two years in prison for libel, over a comment she posted on Twitter about a labour dispute at a Lopburi poultry farm in central Thailand. The case against Voice TV’s 30 year old Suchanee Cloitre is just one of 20 launched by Thammakaset, a supplier of poultry to Thai agri-business giant Betagro, since 2016 involving 25 workers, activists and journalists.

Critics, including the international Human Rights Watch, say libel cases like these are often used to deter lawsuits filed in the public interest, such as by labour activists and environmentalists. They complain criminal libel laws in Thailand are especially prone to abuse.

So-called “strategic litigation against public participation,” or SLAPP lawsuits, are meant to intimidate, since they often pit individuals and groups with shoestring budgets, or no budget at all, against corporations with huge financial and legal resources.

After the sentence was announced, the Lopburi provincial court in central Thailand freed Suchanee on 75,000 baht bail. Her lawyer says she will appeal the verdict.

“I am shocked and never imagined such a harsh ruling.”

Suchanee, who now works for a Thai television station, told The New York Times that she was doing her duty as a journalist and reporting what had happened. Suchanee has an 8 month old son.

“I didn’t intend to harm anyone. I think the verdict will have an effect on Thai media. They’ll have to be much more careful when reporting anything.”

The case began in 2016, when workers at the farm filed a complaint to the National Human Rights Commission of Thailand. They charged that they had been forced to work 20 hours a day without a day off, sometimes for 40 or more days in a row. It also charged that they had been paid less than the minimum wage and not paid for overtime. They alleged that their freedom of movement was restricted and their identity documents confiscated.

Thammakaset reacted at the time by promptly suing the workers for defamation, alleging that their complaint “damaged their interests”. It later sued two other workers and a labour activist for theft, after they took their time cards to prove allegations of labor law violations. Thammakaset lost both cases in court.

In August 2016, the Department of Labor Protection and Welfare ordered Thammakaset to pay the workers. A total of 1.7 million baht was ordered for compensation and damages. The money was finally handed over this year.