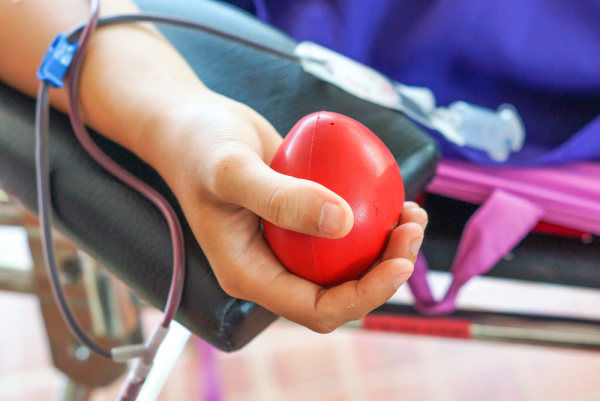 Blood supplies are running low and The National Blood Centre of the Thai Red Cross Society is urging members of the public to give blood in order to help meet demand.

Thai PBS World reports that a decrease in the number of people donating blood since the beginning of the month has led to a significant drop in supply.

The assistant secretary-general of the Thai Red Cross, Professor Chaivech Nutprayoon, says its blood centre is now receiving an average of 1,500 to 1,700 units a day, down from 2,000 to 2,500 a day previously.

Meanwhile, demand from hospitals all over Thailand is increasing but Professor Chaivech says the blood centre is only able to meet about 60% of that demand.

The current shortage means some patients are having to have surgery postponed due to a lack of enough blood. Children suffering with thalassemia and haemophilia are said to be particularly at risk, as their survival depends on regular blood transfusions.

Thai PBS World reports that members of the public in Bangkok can donate blood at the National Blood Centre or at Somdet Phra Pinklao, Ramathibodi, Bhumibol, Phra Mongkutklao and Watchira hospitals.

Elsewhere in the country, people can give blood at all hospitals.

A young man armed with a knife allegedly robbed a convenience store in Ladprao district of Bangkok, stealing 1,800 baht. Before fleeing on a motorcycle, he apologised to the staff, saying “Sorry. I’ve a kid”.

It’s really hard to find a thief with good manners these days.

The female staff who was in the store when the man came in told the reporter that she saw the man in a cream shirt with short sleeves, walking in the store and carrying a bag. He suddenly pointed the knife to threaten the staff for money. The terrified staff walked to the cashier counter and gave him money.

After checking CCTV cameras, police say the thief is between 25-30 of his age, and was not wearing a face mask. He was seen parking his motorcycle in front of the store before entering. He appeared to be carrying what looked like a fruit packing knife. The police are now tracking him down.

Thai virologist Dr. Yong Poovorawan from Chulalongkorn University, has spoken about claims that the efficacy of every vaccine available today, including Covid-19 vaccines, tend to lower after being used in mass inoculations, compared to the findings from the laboratory during human testing trials.

He recommends that people should not rely solely on the vaccines alone because uncertainty will remain during the roll out phase of the new inoculations.

“The best way to protect themselves is to practice basic safety standards as we usually do today… wearing face masks all the time when going outside and in crowded venues, regularly washing hands, and maintain social distancing.”

On his Facebook page, Dr. Young cited the case of Hepatitis B vaccines that claimed between 94-95% efficacy. But after use on mass populations, its efficacy dropped to about 80%. He believes this trend will be the same as Covid-19 vaccines.

“Although the manufacturers claim the vaccines’ high efficacy, that is just the laboratory results. In practice, several variables may cause lower effectiveness of the vaccines.”

He also says that the real effectiveness of Covid-19 vaccines, both the American from Pfizer and the Chinese from Sinopharm will be known soon after the populations of Israel and UAE have been inoculated in large numbers already.