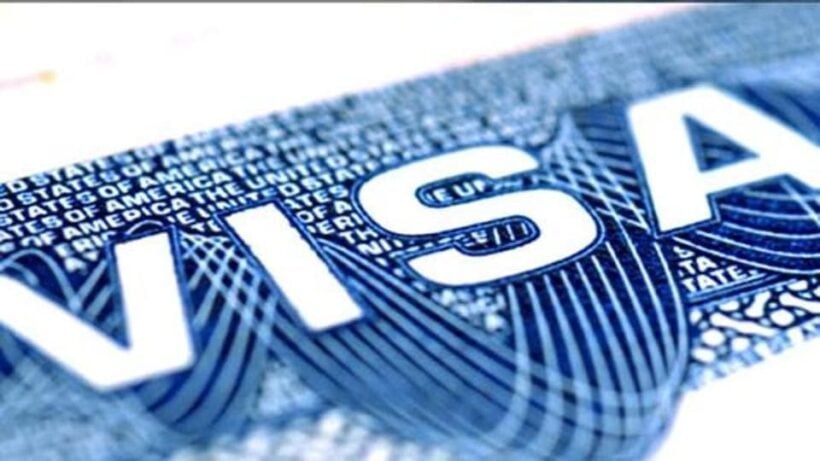 A story in ThaiVisa is providing a lot of concern for people making applications for ‘Retirement’ and ‘Marriage’ visas so they can remain in the Kingdom. The announcement follows several of the embassies last year explaining that they will no longer be issuing a ‘proof of income’ for the purpose of visa applications in Thailand.

“Foreigners now need to keep 800k in Thai bank for three months AFTER their retirement extension is granted.”

Thai immigration have announced a major change regarding the financial requirements needed when applying for an extension of stay based on retirement, often referred to as a “retirement visa”.

Foreigners must still be able to show the 800k baht in a Thai bank two months before the application for the retirement extension, according to the article in ThaiVisa.

According to the official guidelines on the matter…

(1) Must have been granted a non-immigrant visa (Non-Im)

(5) Must have and annual earning and fund deposited with a commercial bank in Thailand totalling of no less than THB 800,000 until the filing date. The said fund must remain in the account prior to and after the permission is granted and the alien can make a withdrawal under the same conditions as stated in (4).

The new requirements to keep 400k baht in the bank for three months after the retirement visa is granted is effective from 1st March 2019.

The new requirements are likely the result of immigration officials trying to put an end to the practice of visa agents falsifying bank statements for foreigners who do not have enough money to meet the financial requirements needed for a retirement extension.

Meanwhile, in October 2018, the then newly appointed immigration chief Surachate Hakparn vowed to crackdown on visa agents who falsify documents for foreigners applying for visas and extensions of stay.

Just last month the Immigration Chief said he had recommended local Immigration officers be ‘lenient’ in relation to the latest enforcement of income requirements but noted that the leniency would only be for the remainder of 2019.

You can read that article HERE. 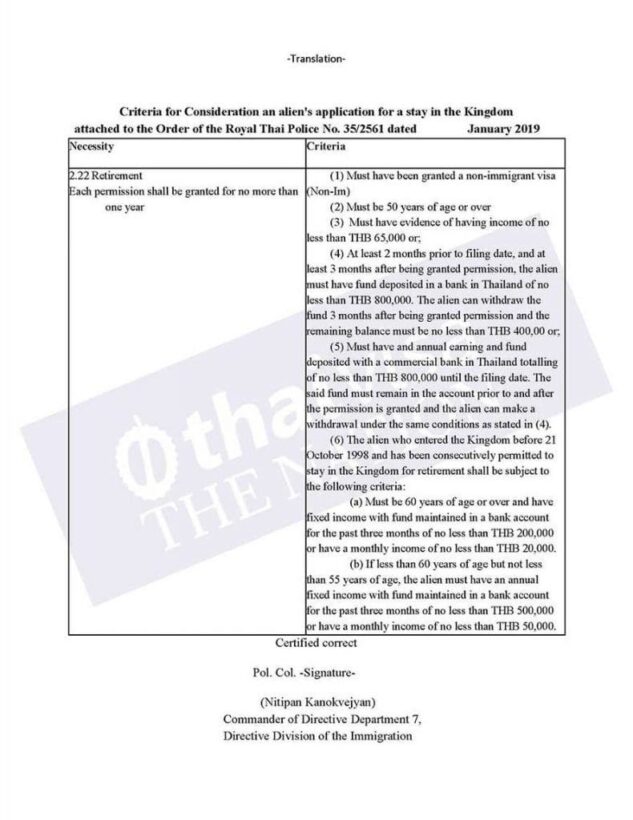 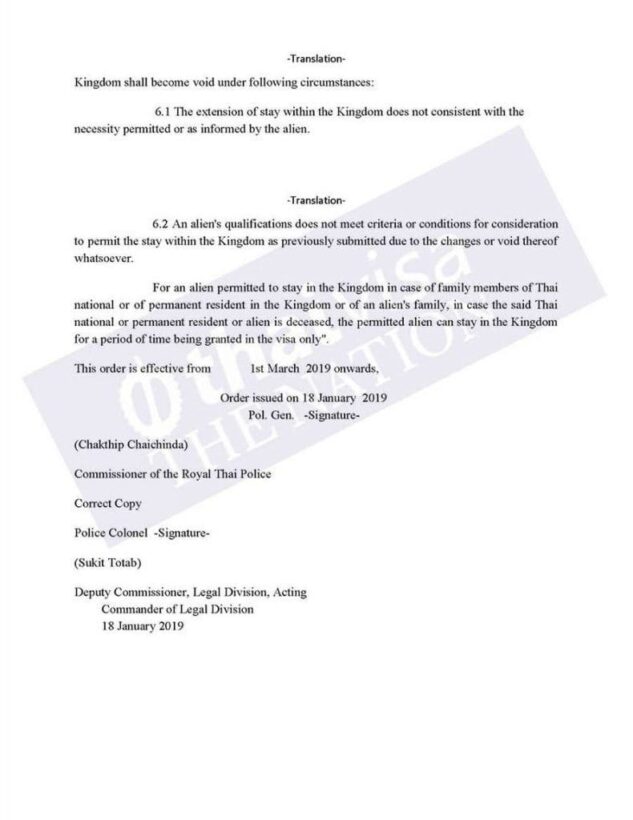