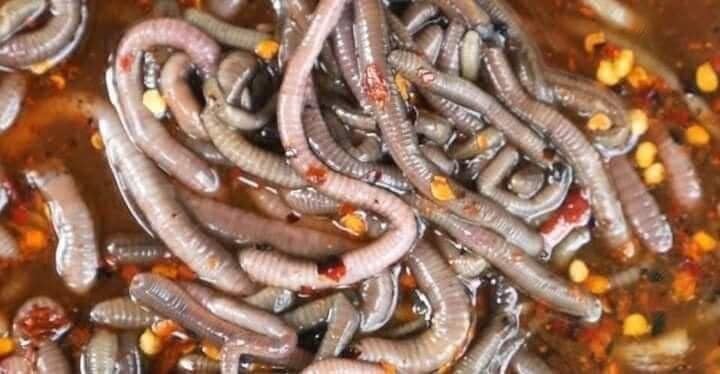 Health officials in Thailand are warning people not to eat raw earthworms after a video of a man eating a spicy salad with raw earthworms went viral on YouTube. In a previous clip, the man told viewers that if his video received 10,000 likes, that he would film himself eating raw earthworms.

The man mixed the earthworms with fish sauce, chili powder, sugar and lime, and then filmed himself taking a large bite. The video was viewed more than 250,000 times since it was uploaded on August 24.

A doctor recently made a post on Facebook, warning people not to eat raw earthworms because they might be contaminated with parasite eggs from the dirt. The director of Thailand’s Department of Health also warned people not to eat the raw worms, saying they can cause food poisoning and diarrhoea. 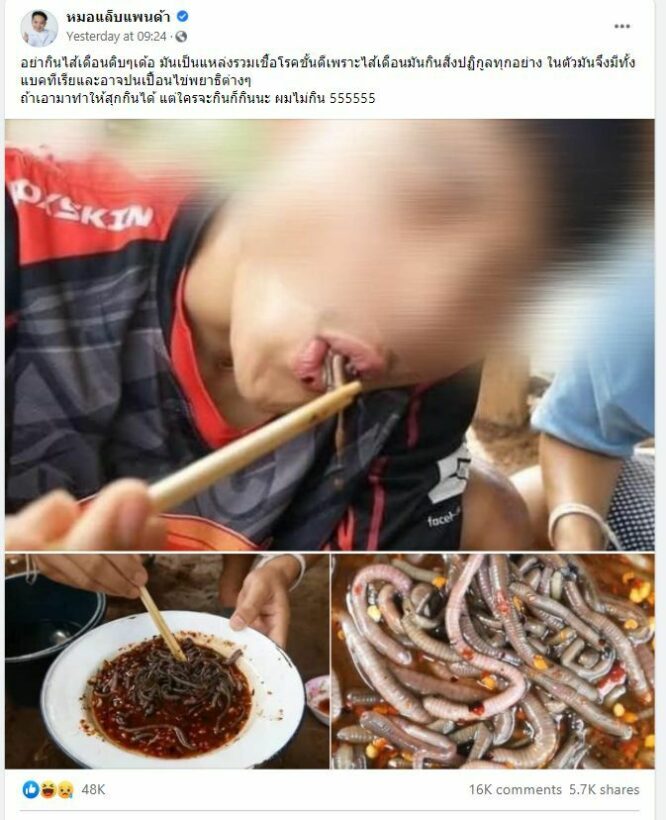 Photo via: screenshot from หมอแล็บแพนด้า

Bluesofa
12 minutes ago, GuyIncognito said: just wondering if the government classes these people collecting earth worms as a job? Trying to work out how they still say that Thailand has 2% unemployment still?? Are there PYO farms around selling earthworms,…

gummy
1 hour ago, Bluesofa said: Are there PYO farms around selling earthworms, like you do with strawberries? (PYO - Pick Your Own) Come on you have been here long enough to know that the only PYO there is are Thais…
Jason
I think it's what they call and "acquired" taste. Personally, I am more than happy to let the earth worms do their thing underground....not in my stomach. Think about it...if we eat all the earthworms, there won't be any to…
Bernhard
Sometimes the thai way of interpreting the compassion in Buddhism is hard to understand.

Bluesofa
8 hours ago, Bernhard said: Sometimes the thai way of interpreting the compassion in Buddhism is hard to understand. Very true. There again Bhudda described his ideas more as a philosophy, not a religion. He specifically told people he wasn't…