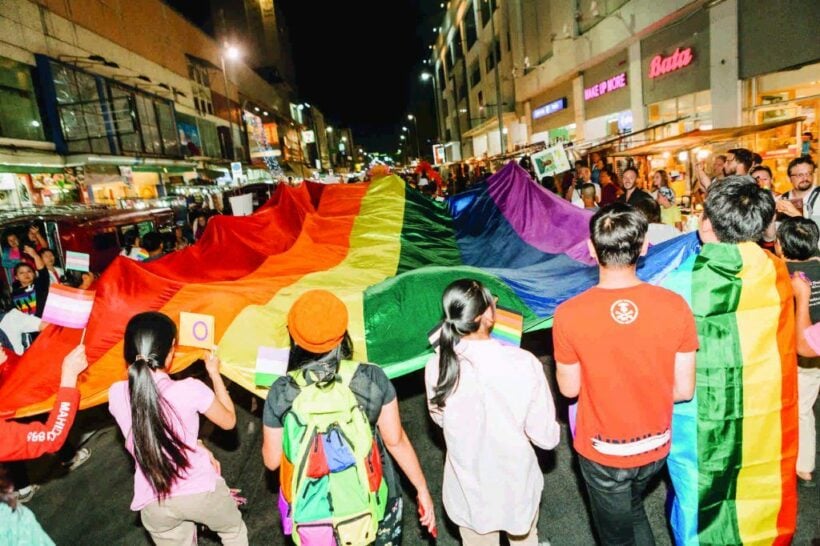 The Thai justice minister is insisting that draft legislation for civil partnerships of same-sex couples won’t be rushed and that the department is waiting for public feedback on the proposal.

Justice Minister Somsak Thepsutin says the process will take time as it requires “careful deliberation to prevent any misunderstanding”.

Somsak made the comments yesterday whilst chairing a forum on the Bill. The Bill was agreed in principle on December 25, 2018 and relevant departments are now working on a final draft. The Bill will need to be passed by the new Lower House but there is no timeline on the legislation reaching the House at this stage.

The Justice Ministry is holding public forums to evaluate public opinion on some of the legislation’s contentious issues.

• The Bill stipulates conditions for terminating registration of civil partnerships.

• Those who register for civil partnership must be a minimum of 17 years old and obtain their parental consent.

• Feedback on the Bill must be sent back to the Council of State by next month for a final draft to be prepared for Cabinet.

Speaking in the third person, Somsak said “The Justice Ministry will neither rush nor put the brakes on the Bill.”

The Civil Partnership Bill doesn’t allow same-sex couples to marry but it would grant partners the legal right to jointly own and manage assets, and to give or receive inheritances.

Activists, on both side of the argument, are critical of the Bill. On one side same-sex GLBT proponents say it doesn’t provide same-sex couples the same rights as heterosexual couples. On the other, critics say the Bill would reduce the ‘value’ and ‘values’ of marriage in Thailand.

But supporter say the Bill is a first step towards equality in Thailand.

Smoking at home in Thailand has been banned from today