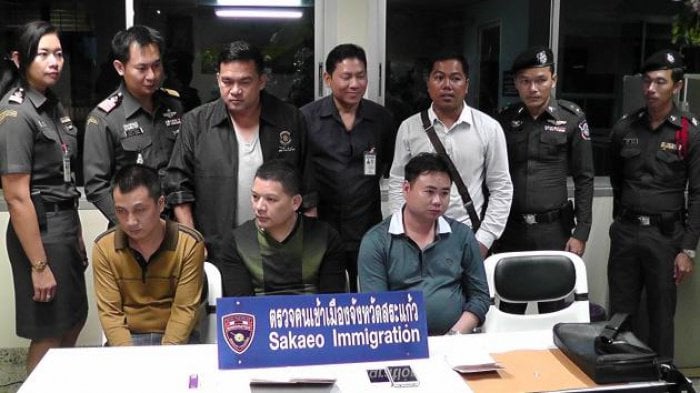 PHUKET: Three Chinese men, who allegedly stole a 3-million-baht diamond from a jewellery display at Nonthaburi’s Impact Muang Thong Thani on Tuesday, were arrested on the Aranyaprathet border checkpoint in Sa Kaew province early yesterday morning while trying to cross into Cambodia.

The suspects Liu Huaqing, 36, Chun Youxian, 45, and Xong Huashi, 41 were nabbed and the 5.4-karat diamond seized in a joint operation by Thai and Cambodian Immigration Police.

Prison time mounting for Pongpat as court adds another 15 years