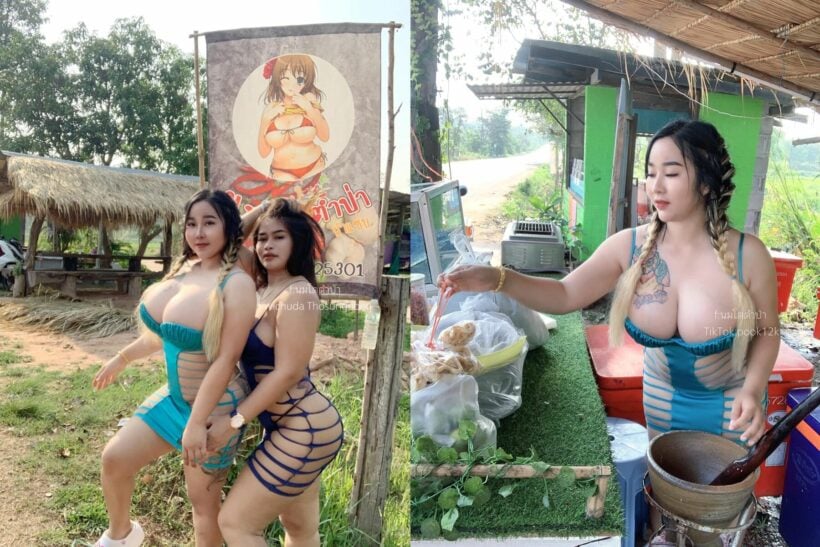 It’s all about the som tam.

One spicy som tam vendor in Buriram is bringing in 10,000 per day in sales… but how? Her unique marketing campaign. She posts photos of herself wearing a bikini top and lingerie while making the spicy papaya salad and posing by her shop. Her sign for her shop is even a cartoon of a curvy woman, lifting up her shirt to reveal her small, red bikini. Pookie’s advice to merchants is, “if you’ve got it, flaunt it”.

She has, and she does.

28 year old Pookie can be seen posing for photos in her bikini outside her shop “Namto Tam Pa” located in Dong Yai Pattana village in Buriram in northeast Thailand. Pookie’s som tam stall has become so popular that her friend has stepped in to help, not only by serving customers, but also by joining Pookie in her bikini photos to help accelerate her marketing campaign. 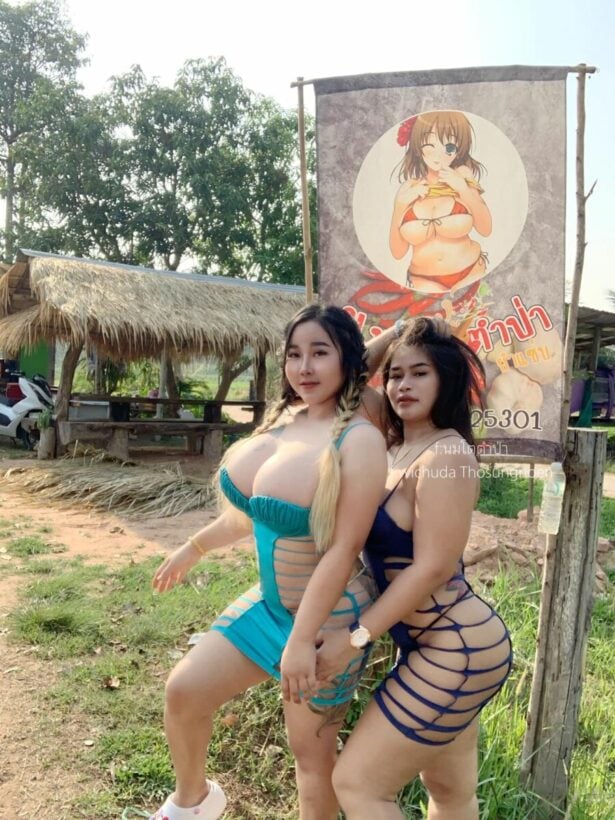 At first, Pookie posted a photo in her bikini at her shop on Facebook and received so much criticism that she lost confidence and wouldn’t open her shop out of fear that she would be reprimanded by locals. Everything changed for Pookie once she stopped caring about people’s opinions and opened her shop. Now, Pookie is answering 300 calls a day from customers in Buriram and surrounding provinces. Pookie even has one customer all the way in Nong Khai, over seven hours away on the border of Laos.

Pookie’s bikini pics are for promotional purposes only – she doesn’t actually wear a bikini while serving customers. Pookie said she only posted the photos to spark interest in her restaurant, which worked. The som tam seller says she no longer cares about negative comments online because she isn’t breaking the law or damaging society in any way. All Pookie cares about is that she is generating more income for her and her family.

Pookie’s advice to merchants is “Be brave enough to do the right thing… and if you’ve got it, flaunt it”. 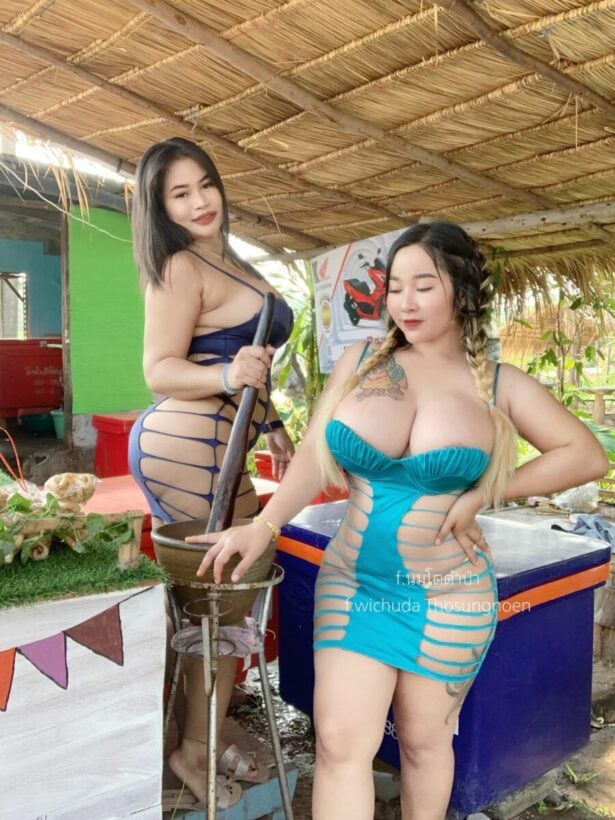 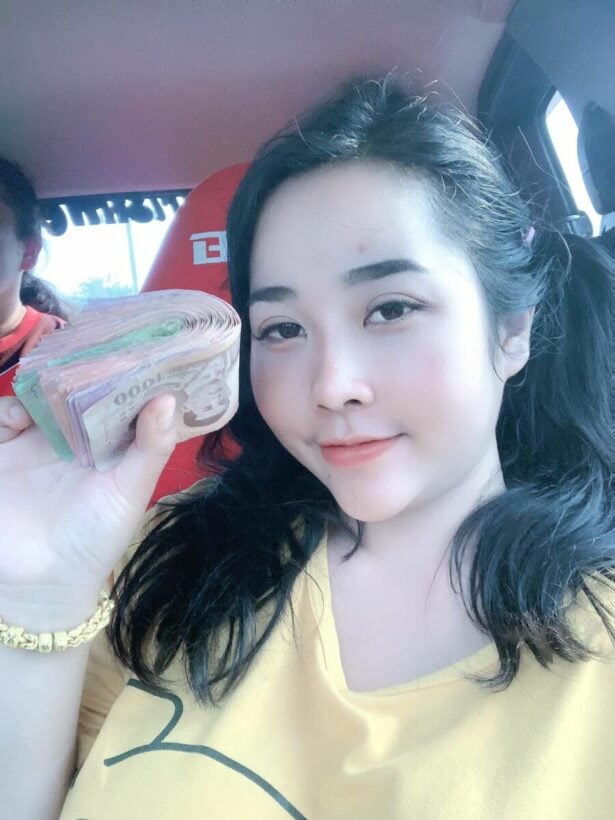 Pinetree
On 3/21/2022 at 9:46 PM, Benroon said: If you've got it flaunt it ? Are they serious ? I swear if my dog climbed onto either one of those monsters I would have it euthanised !! quite right, ugly as…

Benroon
1 hour ago, Pinetree said: quite right, ugly as sin. Before I vote, can I see a picture of Sin ? 😁

Pinetree
5 minutes ago, Benroon said: Before I vote, can I see a picture of Sin ? 😁 look at the pics at the top of this post, that's it. Alternatively, see pics of that deformed alien, Kim Kardashian

ThailandRyan
So an Only Fans Som Tam seller, wonder how its delivered ........Pay pal or ?
HiuMak
Typical thai girls who like to flaunt a stack of baht. Primitive

Thailand’s power will be more expensive in May