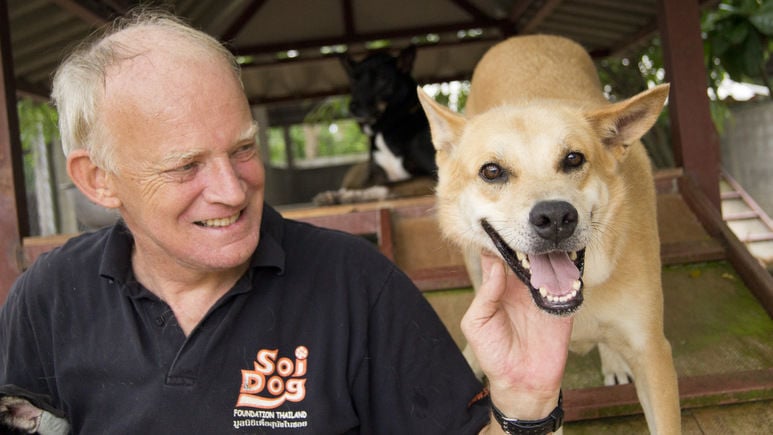 Thailand’s Soi Dog Foundation co-founder John Dalley has been honoured in the Queen’s Birthday Honours List and been awarded an MBE, the Most Excellent Order of the British Empire, for his animal welfare efforts in south east Asia.

John Dalley, from Leeds, UK, was named alongside celebrities, volunteers, medical staff and key workers in this year’s Queen’s Birthday Honours List. When asked for a comment, John expressed that the award was really a recognition of the work done by thousands of volunteers and supporters that have kept the foundation alive for the past 17 years.

One such supporter was John’s late wife Gill, whom he wishes was able to share in the award.  Gill, also co-founded the organisation, and received many awards for her work during her lifetime.  One notable achievement by Gill was being honoured with Asian of the Year in the Channel News Asia annual awards-a first for a non-Asian by birth to receive such an honour.

John and Gill founded the Soi Dog (soi=street in Thai language) Foundation in 2003 when they retired in Phuket, where the organisation has since flourished into an epicentre for sterilising and treating dogs – more than any other organisation in the world. Fellow retiree Margot Homburg also co-founded the organisation which is expected to see half a million animals sterilised and vaccinated since its commencement by this December, a feat that has recently been quite tremendous due to the Covid-19 pandemic. 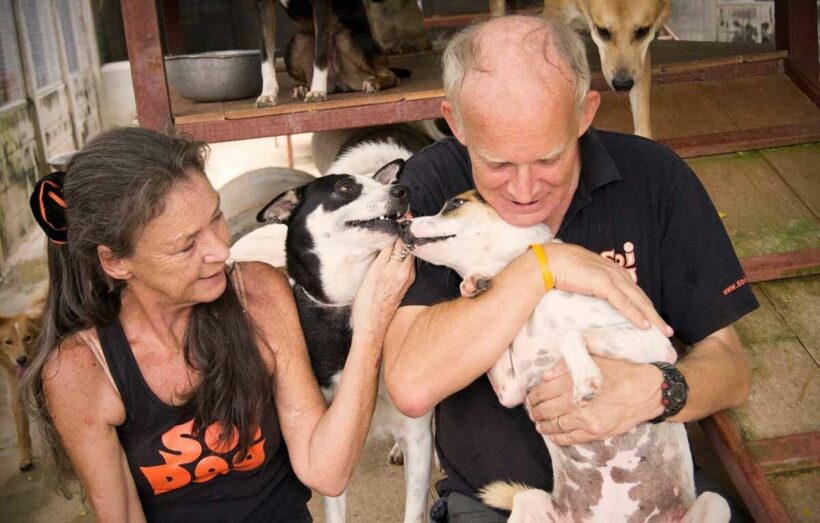 Soi Dog’s Phuket shelter in Mai Khao has been hit hard by overcrowding this year as owners, affected by the pandemic, could no longer afford to take care of their animals. However, instead of closing its doors, the Foundation constructed new dog enclosures and purchased additional land. Such tenacity in times like this show the strength of the founders as it hasn’t been their first go with hard times.

Gill’s untimely passing in 2017 came after continuing her work with the foundation, despite losing her legs over 15 years ago. Since then, the foundation has fought Thai smugglers who engaged in selling hundreds of thousands of dogs to Vietnam’s meat markets and have pushed to strengthen the Animal Welfare Act, which the foundation helped to introduce in 2014. Dalley says education, legislation and large-scale sterilisation is the best way to help street dogs in the future.

With those goals in mind, the Soi Dog Foundation is opening a brand-new education centre which focuses on educating the next generation in respect for both stray and domestic animals. John says it will continue its mission to improve the welfare of dogs and cats in Asia, to create a society without homeless animals and to end animal cruelty.

The Foundation operates on donations and its ‘Catch, Neuter, Vaccine, Return’ program remains at the forefront of its objectives.  Dalley, Gill and Margot have set a prime example of how a few people can truly change the world for the better.