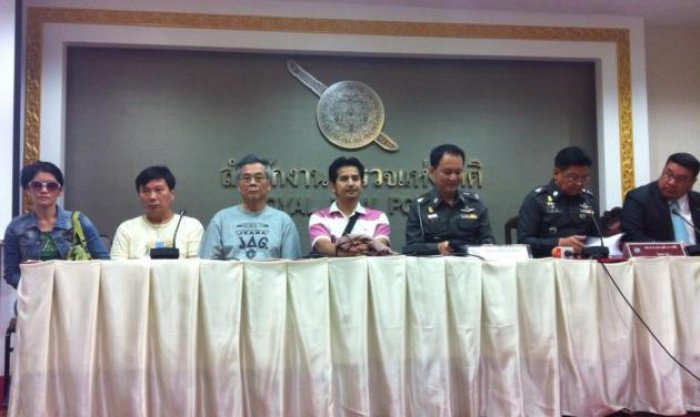 Six suspects arrested, accused of being part of network to overthrow monarchy
The Nation / Phuket Gazette

PHUKET: Six suspects were arrested yesterday in connection with alleged involvement in the Bunpodj network’s plot to overthrow the monarchy.

The arrests were carried out by police from the Technology Crime Suppression Division (TCSD) and the Department of Special Investigations (DSI).

Pol Lt Gen Prawut Thavornsiri, spokesperson for the Royal Thai Police, told a press conference yesterday that police arrested Damrong Chansittichok, who also goes by the Facebook name “Dum Samray”, and other members of the Bunpodj Thailand webpage for allegedly plotting to overthrow the monarchy.

Pol Col Siripong Timula, deputy commander of the TCSD, explained that the Bunpodj network divided its activities into three levels: the leader’s level took charge of spreading ideas and producing video clips and articles; the operational level upheld the task of generalizing the ideas of the group through social media; while the collaborators level allegedly took care of the network’s finances.

The six suspects arrested yesterday were part of the operational level, Siripong said. Of the six, one was a civil servant from the Revenue Department. He said the DSI would investigate the matter further.

The alleged chief of the “Bunpodj” network fled the country and continues to publish information aimed at dismantling the monarchy, according to the police.

Officers asked all supporters to stop fuelling the movement, saying they would be considered culpable for their actions.

Registration of ivory ‘aimed at killing trade in African tusks’