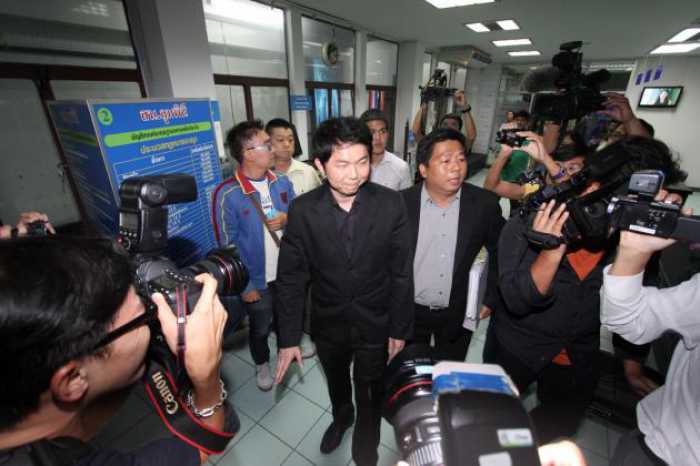 PHUKET: The Japanese man at the centre of a surrogacy scandal has fathered 12 babies through Thai surrogates because he wants children to take care of his many family businesses, his lawyer has told Thai police.

Mitsutoki Shigeta, 24, has declared assets of over Bt4 billion and earned Bt80 million a year from dividends alone, according to details provided by the lawyer, Kong Suriyamonthon.

“His parents know about his surrogacy children,” Kong said, adding that Shigeta hoped to have up to 20 children. The lawyer said Shigeta wanted to take care of all his children and would take necessary moves to do this.

Korkiat said based on available information, Shigeta’s activities did not constitute human trafficking.

“He doesn’t need to meet investigators here. But if he comes, he will clear public doubts about him,” the senior police officer said.

Also implicated in this scandal was Dr Pisit Tantiwattanakul, who is the owner of the All IVF clinic. He finally turned himself in to police yesterday, more than a month since the scandal broke, as it was the final deadline for him to answer to a police summons. If there are any more delays, police said they would have issued a warrant for his arrest.

“I have not done anything wrong. I wish to plead for empathy from society,” Pisit said as he showed up at Lumpini Police Station. He said he had studied Assisted Reproductive Technology in Australia and had operated his All IVF clinic with a proper licence.

Owner of All IVF Clinic charged

Police have now charged Pisit with failing to ensure that services provided at his All IVF Clinic complied with laws about medical practice and also with operating the clinic without a proper licence.

His clinic caught the authorities’ attention after evidence emerged suggesting that Shigeta had used All IVF services to father more than 10 babies through Thai surrogates.

Thailand does not have a specific law to govern surrogacy services. However, the Medical Council has strictly banned the use of commercially-paid surrogate mothers.

According to an ongoing investigation, Shigeta has paid many Thai women for surrogacy services and taken away the babies.

Pisit said he had not turned himself in earlier because he needed time to prepare his defence and wished to give close care to his father, who has come down with cancer.

“I will let my lawyer handle the legal proceedings,” he said.

His lawyer Rungroj Dijbanjong said he would produce documents later on to support Pisit’s claim |that the All IVF clinic had operated with a proper licence. “Regarding the Medical Council’s regulations, we plan to petition the Central Administrative Court as some of the regulations seem to have been issued illegitimately,” Rungroj added.

Meanwhile, an informed source disclosed that Shigeta’s lawyer Kong had already taken a surrogate mother hired by the Japanese man out of a Chiang Rai hospital, where she delivered a female baby on September 2.

The 24-year-old woman, according to the source, got Bt300,000 for her surrogacy services.