In the wake of the publicity raised by the four stateless Mu Pa team members and the decade-long struggle of paper airplane maestro Mong Thongdee, the issue of Thailand’s stateless people is getting some much-needed government attention.

A seminar into the issues say that reforms are needed in the nationality verification process to ease complicated bureaucratic procedures and solve the problem of officials’ bad attitude toward stateless persons.

These suggestions were presented at a seminar yesterday by academics, experts, media and activists, who have been involved in problems surrounding stateless persons and nationality issues. The forum was held in Thammasat University.

National Human Rights Commissioner Tuanjai Deetes said from her long experience working on nationality issues for stateless persons, the biggest problem obstructing efforts to register nationals is the negative attitude toward stateless persons by local officials and the slow and complicated bureaucratic procedures.

“I understand that the duty of verifying the nationality of stateless persons belongs to the local administrative authorities, who already have many jobs. So many of them see this task as unnecessary and it may cause them trouble later,” Tuanjai said.

“Therefore, the authorities should hire more staff, who have a good understanding of the problems and realise the importance of people’s right to have a nationality, and to work on solving these chronic problems.”

Meanwhile, Nattaya Waewveerakput, social news editor at Thai PBS, said we also need the liberalisation of related laws and regulations, because Thai society is facing the major challenge of an ageing society and we need these young and capable people to push our country forward.

Also at the seminar, many young stateless persons, who were born in Thailand but do not yet have Thai nationalities, shared their difficult experiences. They complained about not being able to travel freely, not having access to universal health care and losing out on opportunities to further their studies and finding a job.

Although many of them were born and raised in Thailand and have a strong sense of being Thai, these people have been finding it difficult to register as Thai nationals due to the absence of birth certificates and problems with bureaucratic procedures. 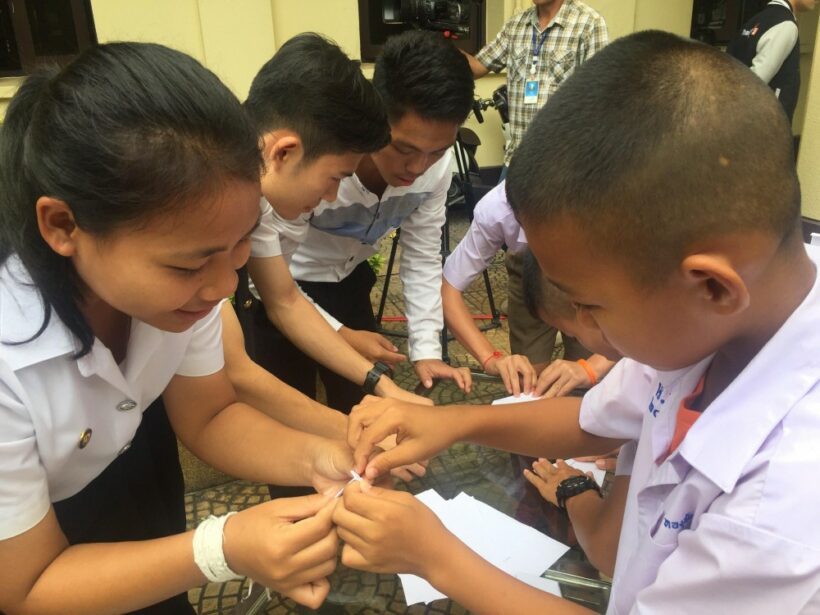