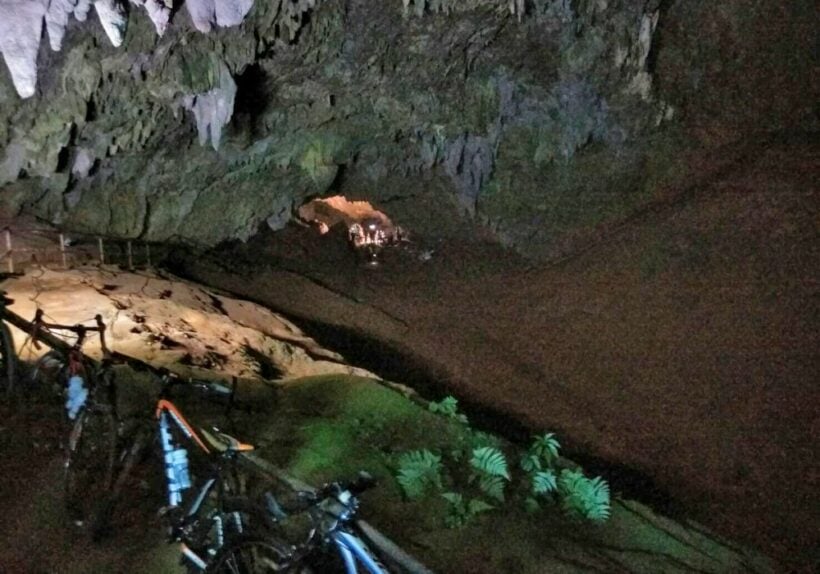 A post-football training visit to a Chiang Rai cave by a group of 12 teenagers and their football coach has turned into a nightmare with all of them still missing.

As the search operation continued into Sunday for the 12 youths and their 25-year-old football coach, who are missing after visiting a cave in the Tham Luang-Khunnam Nang Non Forest Park in Mae Sai district since Saturday afternoon

Their parents are praying for their safe return.

“We believe the children are safe but there was a stream between the entrance and where they are now. We hope they will be rescued soon,” a relative said. 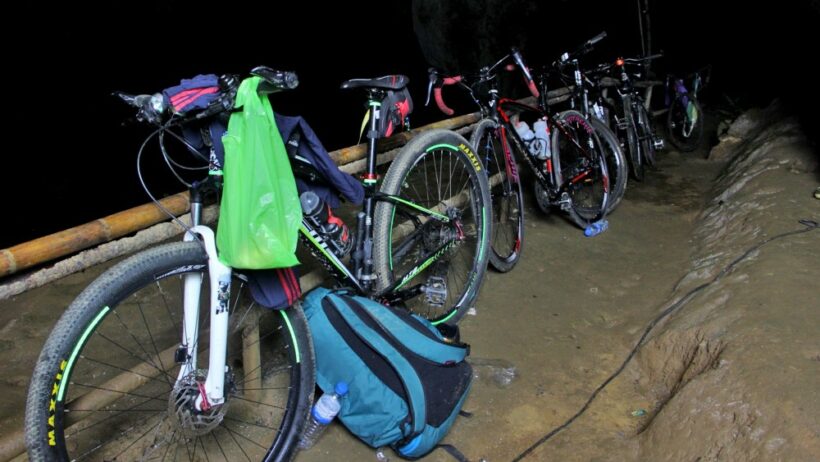 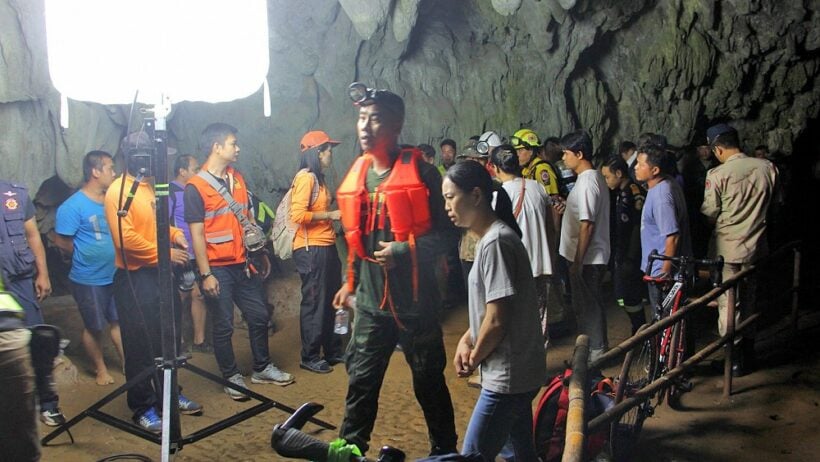 There was an unconfirmed report that the lost youth had been found on Sunday morning but they were not immediately brought out because of the dangerous water levels. As of on Sunday afternoon, officials wouldn’t confirmed if they had been found. At 5pm, two teams of divers went in to create a rope-guiding line under the muddy five-metre-deep water in the cave to prepare for the rescue mission or at least to take the stranded youth some food before bringing them out.

The Ban Phong Pha footballers attended football practice every Saturday and Sunday. Following training on Saturday afternoon, the 12 teenage footballers and their coach Ekkapol Chanwong visited the park’s cave but they could not return as flash floods had blocked their path to get out of the cave.

The underground seven-kilometre-long cave is about 100cm-150cm high and has a stream in between the cave’s entrance and other sections. No one reportedly has gone beyond the 4-kilometre marker or to the end of this cave, as it was unsafe, a source said.

The rescue workers of the Siam Ruanjai Mae Sai unit and related agencies had searched for the young footballers of Tambon Pong Pha after receiving a report at 7pm that they had gone missing in the cave. They found the group’s 11 bicycles and one motorcycle at the cave entrance. 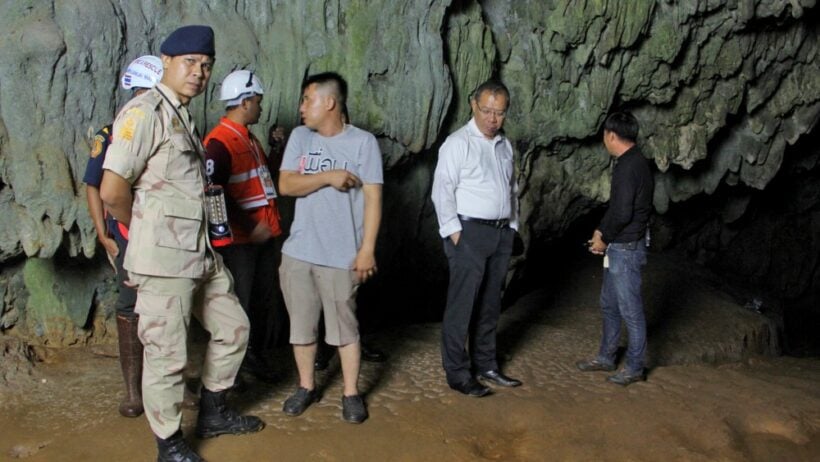 Amid the rising water level in the cave, provincial governor Narongsak Osathathanakorn visited the site. The 22-strong rescue team, equipped with scuba-diving gear, called off the search at 3.40am. After they resumed the search on Sunday morning, a source in the rescue unit claimed the group had been found but they could not come out as the water level was unsafe.