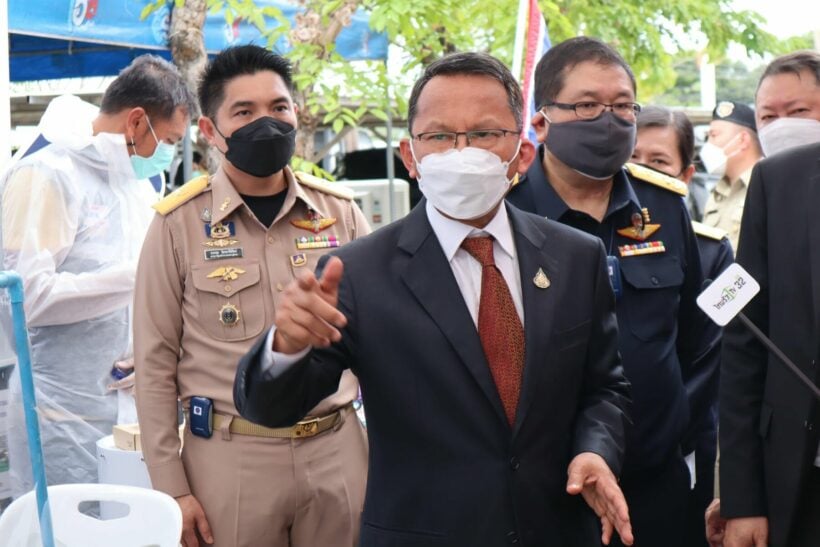 More than 100 prison inmates are going to work in the industrial sector as part of a vocational programme through the Samut Prakan Central Prison, which is southeast of Bangkok. Justice Minister Somsak Thepsuthin says it aims to provide inmates with “an opportunity to improve their industrial skills and increase the chance of employment after they finish serving their sentence.”

During the work release programme, the 145 prisoners involved will need to wear electronic monitoring bracelets. Somsak says the entrepreneurs involved in the initiative will provide lodging, wages and other benefits as required by Thailand’s labour law. The monitoring bracelets have been used for thousands of prisoners in home detention and the Department of Probation’s director-general says it has been successful.

“Entrepreneurs can rest assured that the released prisoners will not cause problems to your businesses, as they will be monitored at all times via the bracelets. We also have deployed officers and volunteers to keep an eye on released prisoners at workplaces periodically.”

Just two companies have joined the initiative so far, but the Justice Minister says he hopes more businesses will join the programme.

Jason
While I agree that slave labour could be danger here, if it is managed properly, these inmates could learn skills to get them gainful employment after they serve their time. We also know that a number of these people are…

Lowseasonlover
More like cheap labour
Jason
There will be those inmates who don't see this as a way out. But for the sake of the many whose lives will be forever changed for the better.....it's worth it.
Stonker
14 hours ago, palooka said: My concern is some of these programs start the correct way but get corrupted by greed and this is Thailand. Fantastic if they are run correctly,  prisoners get to learn a new life and hopefully,…
HiuMak
On 10/13/2021 at 5:15 PM, Thaiger said: More than 100 prison inmates are going to work in the industrial sector as part of a vocational programme through the Samut Prakan Central Prison, which is southeast of Bangkok. Justice Minister Somsak…