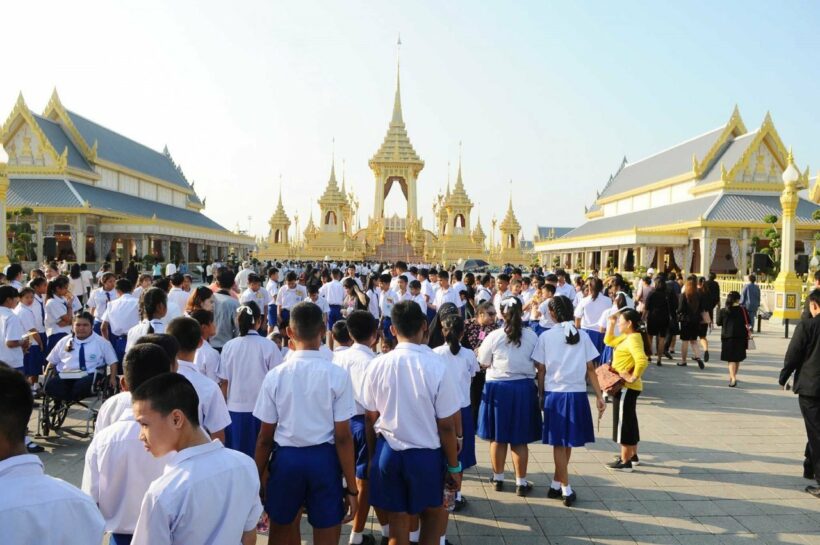 More than 3 million visitors have attended the exhibition at the Royal Crematorium of HM the late King Bhumibol Adulyadej since it opened on November 2, Culture Minister Vira Rojpojchanarat said on Wednesday.

A total of 3,005,206 visitors reportedly visited the site from its opening until Tuesday. Visitors to the site, which will remain open for public viewing until the end of this month, will also be able to take away a new souvenir.

“As the huge crowds have been so interested in the exhibition, the Culture Ministry is printing a second collection of postcards as well as exhibition brochures in Thai, English and Chinese, which will be released on Friday,” Vira said.

“Before wrapping up the exhibition, we will also present a special 90-minute khon performance in front of the Songtham Pavilion at 7pm on December 30 and 31.”

The first postcard depicts a portrait of the late King Rama IX during a train trip to visit his subjects across the country. 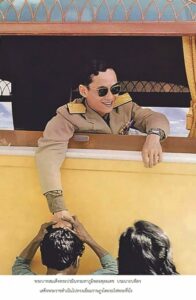 The second features the Royal Cremation’s second procession, and the third a bird’s-eye view of the Royal Crematorium’s demonstration rice field, which is in the shape of the Thai number 9. 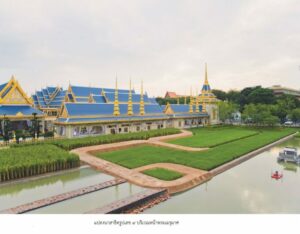 The fourth postcard displays the elaborate Royal Crematorium fire screens, or “Chak Bang Phloeng”, and the fifth depicts sculptures of mythical Himapan Forest creatures and the scaled-down Anodard Pond at the crematorium. The sixth features sculptures of Himapan Forest creatures that decorate the east side of the Royal Crematorium, and the seventh shows a live khon performance in front of Songtham Pavilion.

The sculpture of the late King’s favourite pet dogs, Khun Thong Daeng and Khun Jocho, in front of Songtham Pavilion will feature on the eighth postcard, while the last depicts the Royal Crematorium by night.

The postcards will be handed out to each visitor. On Friday, Saturday and Sunday nights, khon performances will be held from 7pm to 7.30pm in front of Songtham Pavilion. 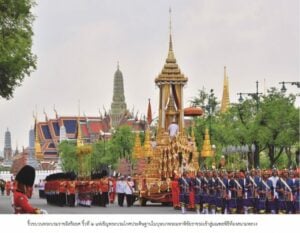 THURSDAY MORNING NEWS BRIEFING – All your local news in 3 minutes