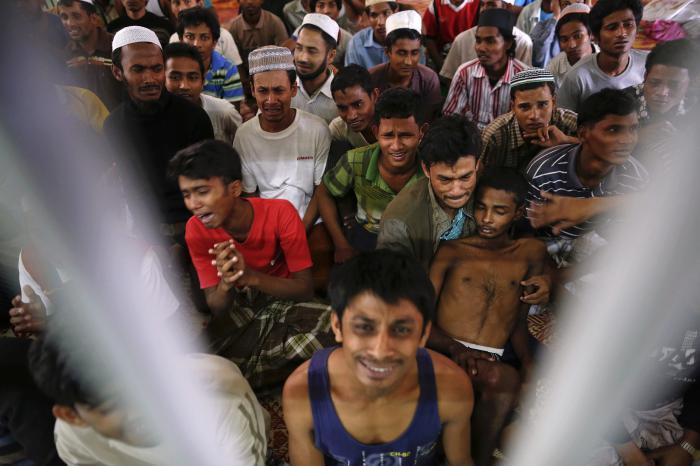 PHUKET: Thailand should be liable to potential U.S. sanctions for failing to crack down on trafficking in migrant workers, a group of human rights and labour organisations said on Friday.

In a letter to U.S. Secretary of State John Kerry, 19 organizations, including Human Rights Watch and the American Federation of Labor, said Thailand “does not meet the minimum standards of the Trafficking Victims Protection Act, nor is it taking real steps to meet those standards.”

As such, Thailand, although an important U.S. ally, should be downgraded to Tier III of the State Department’s 2014 Trafficking in Persons Report, the letter said.

Such a downgrade would make Thailand liable to sanctions, which could include the withholding or withdrawal of U.S. non-humanitarian and non-trade-related assistance.

It would also mean that Thailand could face U.S. opposition to assistance from international financial institutions such as the International Monetary Fund and World Bank.

The letter to Kerry noted that Thailand had been placed on the Tier II watch list in the 2013 Trafficking in Persons Report, which cited “pervasive trafficking-related corruption and weak interagency coordination” that “continued to impede progress in combating trafficking.”

“Nothing about this system has changed significantly in the course of the last year, and the government continues to be at best complacent, at worst complicit, in the trafficking of migrant workers from neighbouring countries to provide inexpensive labour for export industries,” the letter said.

“The United States should make very clear its concern about the systematic abuse of migrant workers in Thailand, who produce products destined for the U.S. market,” the letter said.

“Far from making credible efforts to fight trafficking, the Thai government has perpetuated policies that foster trafficking of migrant workers within its borders and deny them access to protection and redress,” it said.

Last month, U.S. lawmakers called on the Obama administration to punish countries that do too little to fight human trafficking, including Thailand and Malaysia, and said Myanmar should not receive a waiver to avoid possible sanctions over its record.

Countries on Tier 2 for two years are downgraded to Tier 3 unless they receive presidential waivers, available for two additional years.