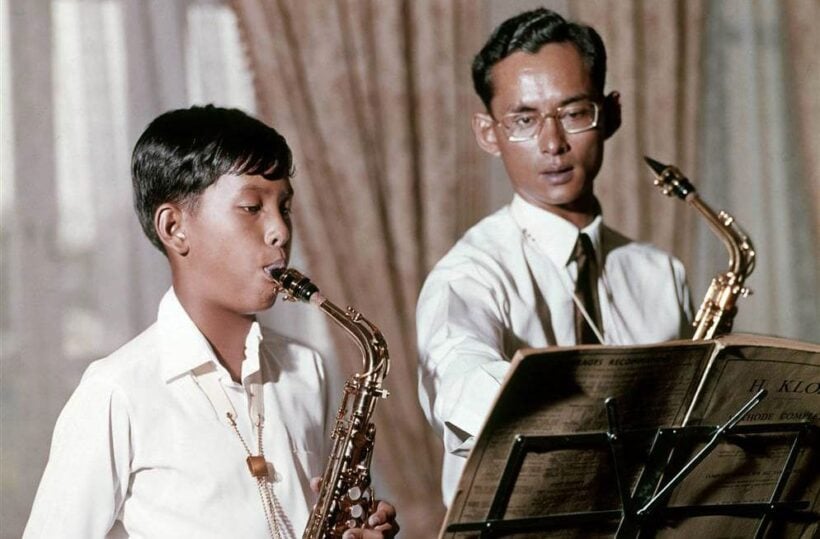 In remembrance of the late King Bhumibol Adulyadej The Thaiger is proud to share one of His Majesty’s many talents, his musical prowess.

A renown Jazz musician, he started at age ten with the clarinet and, due to his talent, learned to play the saxophone and trumpet as well.

Late in his life he jammed alongside some of the jazz greats from the 50’s and 60s – Benny Goodman, Lionel Hampton, Stan Getz and Jack Teagarden.

King Bhumibol was also praised for his original compositions with included various genres, as well as traditional Thai music. He wrote, arranged and performed on many of his tracks.

Today, in memory of King Bhumibol’s numerous musical talents, we share with you his first original recording from 1946 at the age of 18.