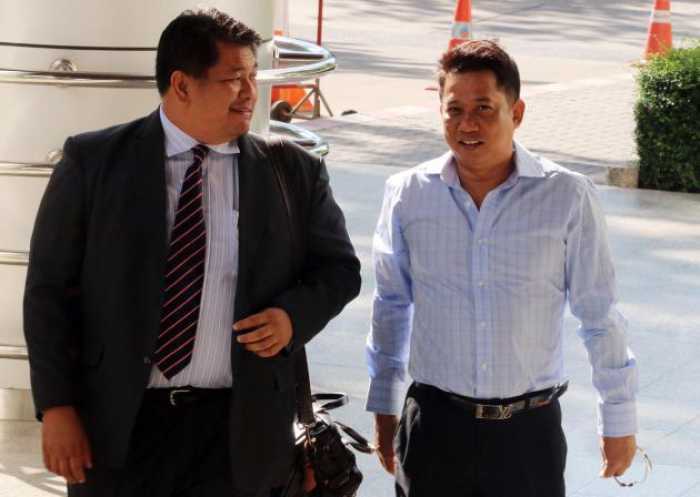 Red-shirt Arisman loses appeal, gets a year in jail
The Nation / Phuket Gazette

PHUKET: The Court of Appeals yesterday upheld a lower court’s ruling and sentenced red-shirt leader Arisman Pongruangrong to one year in prison after finding him guilty of defaming former prime minister Abhisit Vejjajiva at protest rallies in 2009.

The lawsuit said Arisman, in speeches on rally stages at Democracy Monument and outside Government House, and those broadcast via the People’s Channel, accused Abhisit of corruption and stalling an amnesty petition for former PM Thaksin Shinawatra.

Arisman also accused Abhisit of ordering the killing of people, robbing the community and neglecting to check corruption in development projects.

The Criminal Court ruled that Arisman made false statements at the rally with intention to instigate political unrest and defame Abhisit. His comments were not honest criticism, it ruled.

The court sentenced Arisman to 12 months in prison and ordered him to advertise the court verdict in Matichon and Daily News newspapers for seven days.

The Court of Appeals said Arisman was a political opponent of Abhisit, his comments were aimed at attacking his political rival and were not honest comments.

The court found Arisman had accused Abhisit of corrupt involvement in the project to procure 4,000 gas-fuelled buses without verifying facts. His accusation that Abhisit ordered the killing of people by citing a voice-clip recording was aimed at tarnishing the image of Abhisit, who served as prime minister after Thaksin’s ouster.

The court also dismissed Arisman’s claim that Abhisit stalled the amnesty petition process, saying he had to follow due process. The court also rejected Arisman’s request for light punishment, reasoning he should have acted in the country’s interest and not have attacked his political rival without grounds.

Court granted Arisman a bail release guaranteed with 500,000 baht in cash. His lawyer said Arisman will challenge the ruling and appeal to Supreme Court.