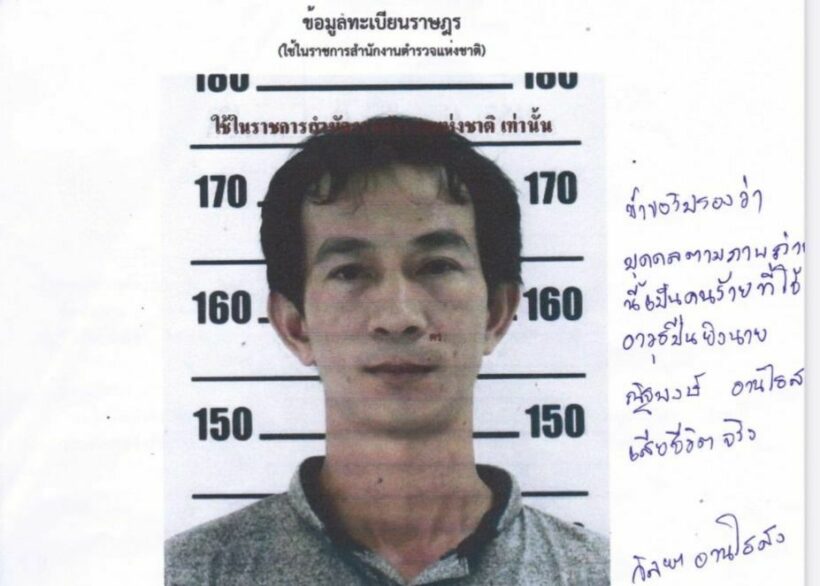 After a week-long search involving around 100 officers, the body of a forest ranger wanted for murder was found hanging from a tree in Buriram. The senior ranger was wanted for firing shots at his ex-wife’s home, killing the woman’s 20 year old son.

45 year old Phitphirun Phiraphop was a senior forest protection ranger at Dong Yai Wildlife Sanctuary. He allegedly took a shotgun and vehicle from the sanctuary, which are only allowed to be used for official purposes. He then drove to his ex-wife’s home where he opened fire, shooting the woman’s son in the neck, killing him. His estranged wife and others in the home were able to flee. Reports say the woman had ended a two-year relationship with Phitphirun a month prior.

The ranger fled to a forest near the Dong Yai sanctuary. A court issued a warrant for his arrest on charges of murder, illegal possession of a firearm in a public place, trespassing and theft for stealing the sanctuary’s shotgun and vehicle. A team of officers searched for the ranger for a week before they found the man’s body.