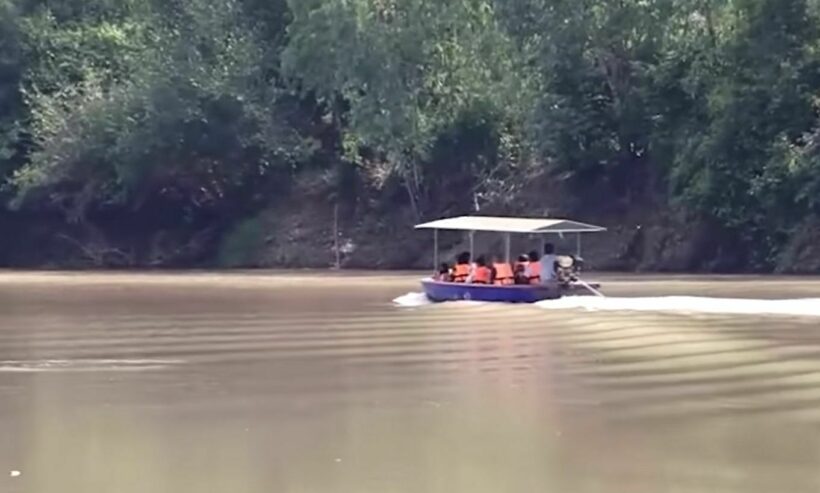 The tradition of scattering a loved one’s ashes into a river in the Isaan province has been banned in a popular area for the ritual after locals reported that a service was arranging boat trips for families to dump not only the cremated remains into the river, but also ritual items and personal possessions of the deceased. Sometimes even mattresses and pillows were thrown in.

In northeastern Thailand, known as Isaan, some families will travel far to scatter ashes into the Mun River in Nakhon Ratchasima. The Bangkok Post says it is common for boats to be docked by popular spots, like temples, to take families out to the river to scatter the ashes.

One boat service was reportedly taking up to five families out to the river each day and allowed them to dump ceremonial items, like candles and incense sticks, as well as the deceased’s personal items.

After locals in seven villages in the Chalerm Phrakiat district’s tambon Tha Chang complained about a boat service, the provincial governor banned the ritual at the public park along the river. He also ordered officers to monitor the riverside and for tambon officials to press charges against the boat service for violating health regulations, saying they could face up to three months in prison and an up to 25,000 baht fine.

Cabra
Geez, how many people are dying in Isaan these days

Poolie
5 minutes ago, Cabra said: Geez, how many people are dying in Isaan these days All of them, sooner or later. 😀
DwizzleyMatthews
Multitasking I call that. Paying respect to a departed loved one and fly tipping at the same time ?

ThaiEyes
They give new meaning to “Taking out the trash” 🤣
Cathat
I think in a traditional wood fuelled cremation you do get bits of skull and bone remaining probably because of the lower burn temperature,I've certainly seen bits of the deceased that I could still identify a few times. Seen chinese…