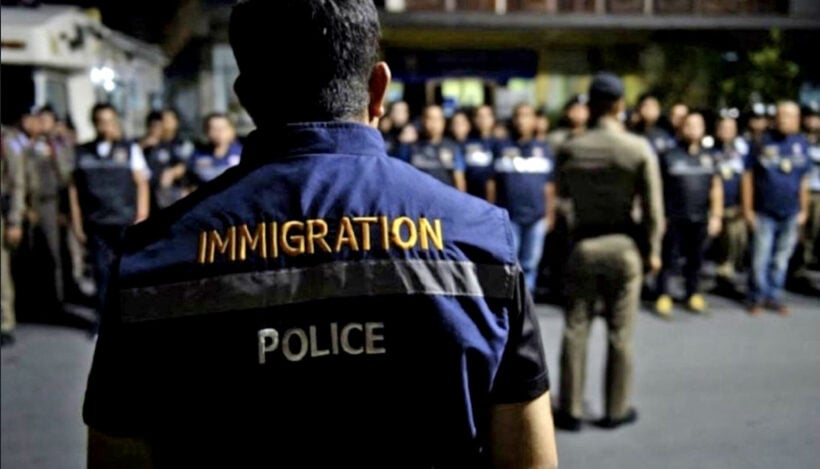 The Thai Immigration Bureau is warning foreign residents and the general public to be careful of people who are impersonating as immigration police officers and asking for bribes or other payments. Apparently, the people posing as immigration officers are approaching individual foreigners and are inspecting establishments like factories, which tend to employ migrant workers. If approached by someone claiming to be an immigration police officer, the bureau says to ask to see a police identity card.

Immigration Bureau would like to inform you that if you see those with such behaviours or suspect someone is impersonating an immigration officer, please ask for a police identity card containing personal information such as a police rank, name, surname, organisation name for primary examination. 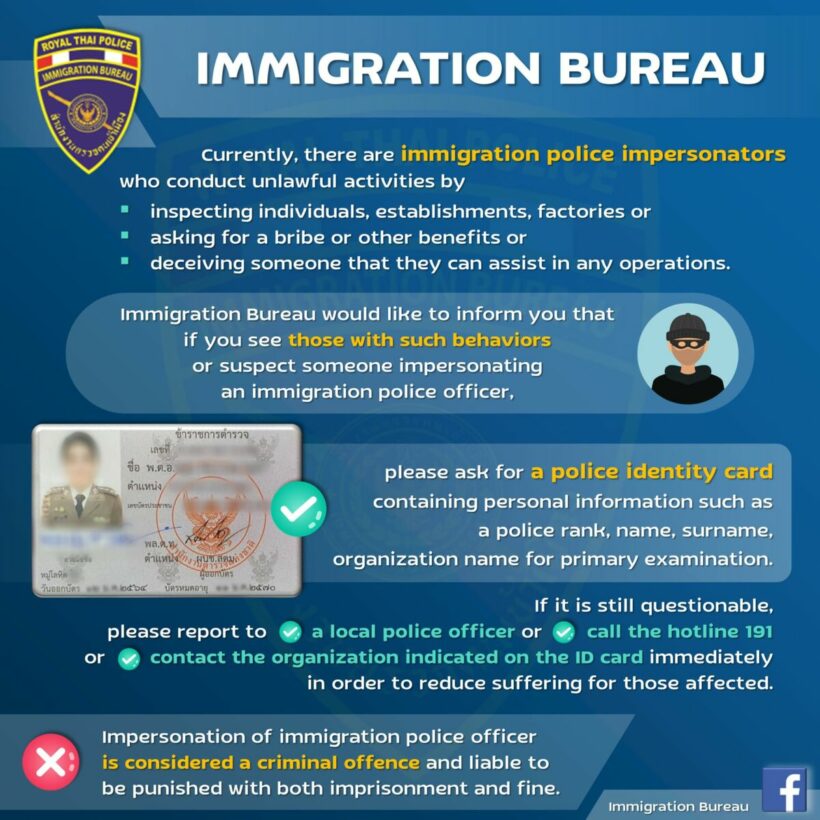 colinneil
Take notice people, be aware of imposters asking for bribes, please note only genuine officers are permitted to do that.