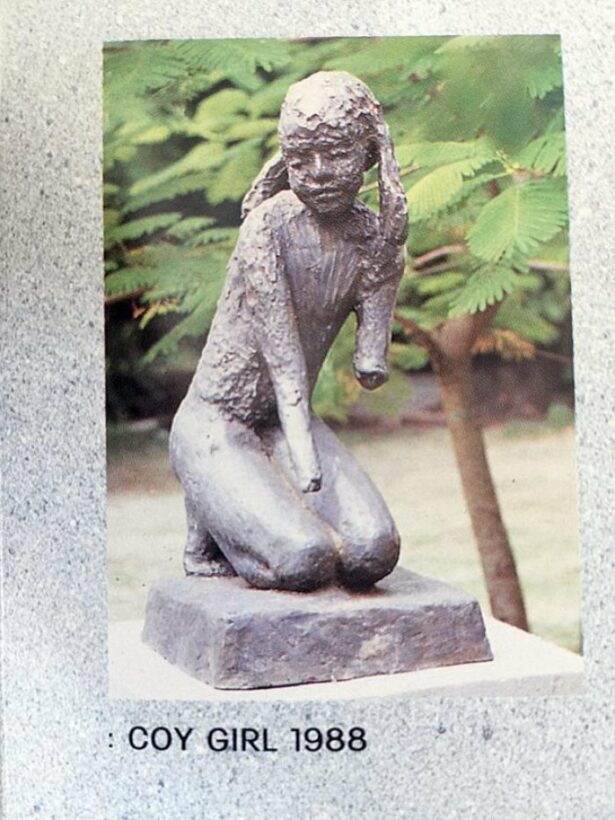 “It was stolen on December 26. Displayed at the garden along with dozens of sculptures, it’s one of the most important masterpieces. It’s priceless as it was the last piece my grandmother made in 1988 at her Bangkok studio,” Klaomas Yipintsoi told The Nation yesterday.

“After she finished producing each piece, she always destroyed the moulds,” said Klaomas, who graduated in museology in New York.

Made from plasticine, the sculpture portrays a girl in pigtails sitting on her knees without hands. To preserve the masterpiece, Klaomas sent it to a foundry to be cast in bronze.

It stands 1.2-metre high and weighs about 500 kilograms.

A year after the artist passed away in 1988, Klaomas displayed the sculptures and painting collection at the museum and opened it to the public by appointment.

Pol Colonel Chatchai Klaiklueng, superintendent of Samphan Police said: “We’re investigating the case. As the sculpture is quite big and very heavy, we think there are more than two thieves. As it’s a private museum, we think the thieves may be close to its custodians.

“Now our men are searching for the stolen sculpture at many antique shops and foundries in the province. We’re also studying art works by interviewing some art experts.”

Chatchai will call a meeting of investigation teams this afternoon for an update.

Klaomas used social media to spread the news on the Misiem Yipintsoi Facebook page. She also alerted immigration police to prevent the treasured piece from being smuggled out.

Misiem starting painting when she was 42 out of personal interest. She took her first painting lessons in 1948 with Monet Satomi, a Japanese cultural attache to Thailand in the post-WWII years.

Even though she had no formal training, she was the first artist to win acclaim upon scooping a gold medal at the National Exhibition of Art for the third straight time in 1954.

Later she began devoting her time to sculpture, studying under Professor Silpa Bhirasri, the father of Thai modern art.

Her works can be found in museums, galleries and private collections all over the world.