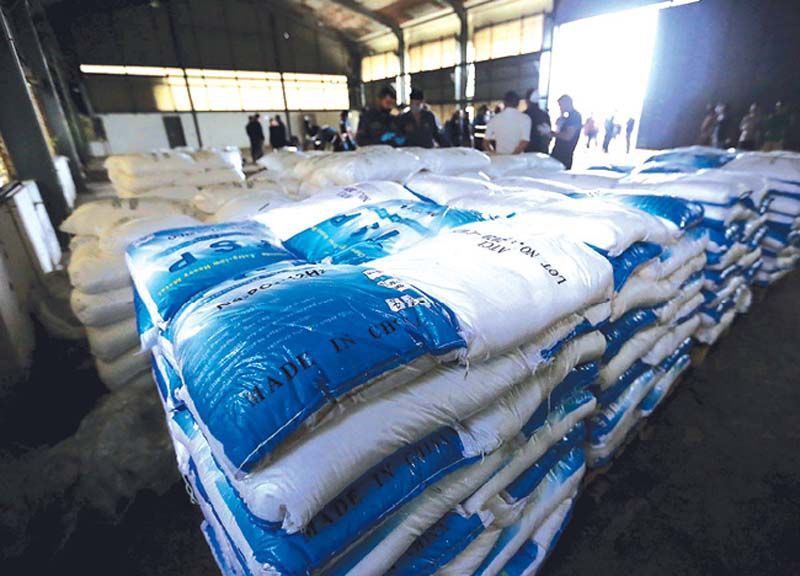 After a failed drug bust, mistaking around 12 tonnes of the cleaning agent and food additive trisodium phosphate for the drug ketamine, police are now saying that they did find a little ketamine. Just 1.2 grams.

In November, police announced “Thailand’s largest ketamine drug bust,” saying they busted a major multinational drug network and seized $1 billion USD worth of ketamine. Police were even photographed by the “contraband”… bags labeled “TSP” for trisodium phosphate, a chemical used as a cleaning agent and food additive. Apparently, there was a “technical error” in the field testing. Both substances come out purple, a positive result for ketamine.

Head of the Narcotics Control Board, Wichai Chaimongkol, announced today that 12.1 tonnes contained trisodium phosphate, 301 kilograms was calcium carbonate and 1.2 grams was ketamine. He says the “bust” was part of an international investigation following arrests in Taiwan.