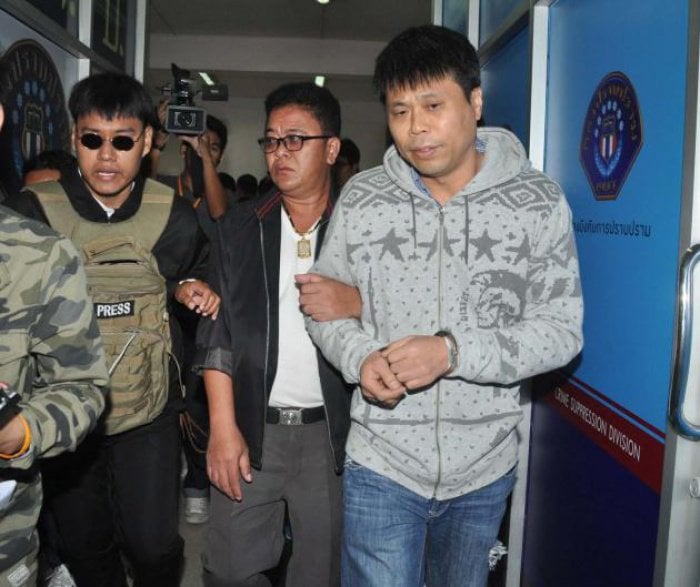 The unnamed civilian works as an informant for the Tourism Police Division and he received 1 million baht from a South Korean suspect as the police officers’ share in the ransom paid by the relatives of the three victims, the source added. The amount of the ransom was not specified.

The handover of the money was made at a shopping mall in the On Nut area of Bangkok and it was documented in surveillance camera footage obtained by the police, said the source.

Police have arrested Kim Song Shu, one of the two alleged kidnappers, and charged him with three criminal offences while seeking his detention yesterday through a request with the Criminal Court.

Senior CSD officer Col Jiraphob Phooridej said he believed So remained in hiding in Bangkok, not in the provinces. He would find it difficult to leave Thailand because he is a wanted person and the immigration police will be watching out for him, he said.

Kim has been charged with intimidation, false imprisonment and theft. He has reportedly denied all the offences. Police said the accused man claimed to be a police officer when he allegedly gained entry into the Bangkok home of one of the three victims.

Gen Prawut earlier said that police had no evidence that officers from MPD 5 had anything to do with the abduction, but he said the matter would be investigated fully.

‘Third gender’ will be acknowledged in the new constitution