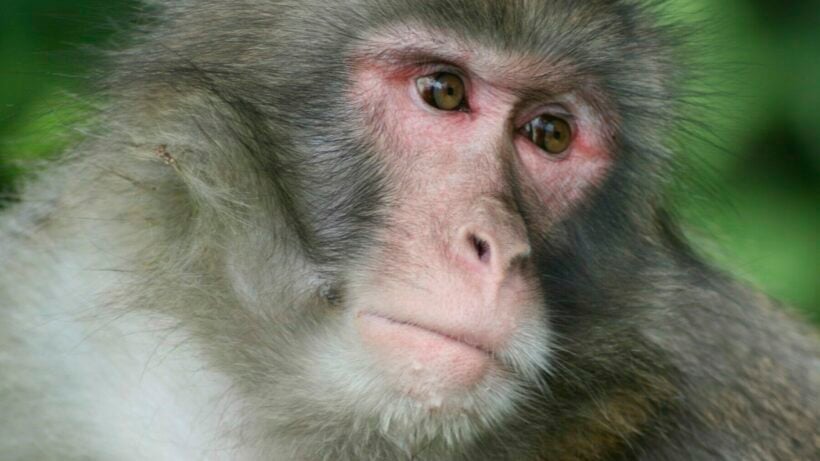 An alleged poacher was arrested by the National Parks, Wildlife and Plant Conservation Department officials today. The suspect and another man would allegedly shoot wild macaque monkeys with tranquilising darts and later sell the monkeys for 1,000 to 1,500 baht each. Officers say 40 year old Pitak Thongsu was found with 6 macaques in his possession.

Head of special operations for Conservation Administration Zone 6, Sombat Roongtaeng-on, led officials from the Natural Resources and Environmental Crime Suppression Division police in the arrest of 40 year old Pitak Thongsu at his house in Pathum Thani, a central Thai province.

Officials had previously received intelligence that Pitak, and an accomplice who has not been apprehended, were capturing macaques at Wat Samrong in Nakhon Sawan, yesterday. Pitak has been charged with possession of protected wildlife without permission in violation of the Wildlife Conservation and Protection Act of 2019. Pitak allegedly said that he normally sells monkeys to buyers in the neighbouring Phichit province. He added that he sold the macaques for between 1,000 to 1,500 baht and that he didn’t discriminate between catching male or female monkeys.

Pitak did stipulate that he didn’t capture and sell any monkeys that had marks indicating they had been sterilised, in order to avoid prosecution. The sterilisation programme for macaques in Hua Hin started last month.