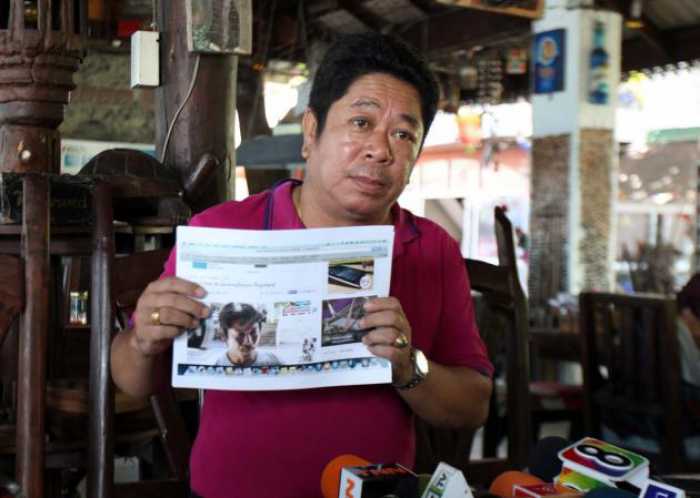 PHUKET: N THE WAKE of the murder of two British citizens on Koh Tao, off Surat Thani coast, Prime Minister General Prayut Chan-o-cha yesterday vowed to tackle influential rackets and illegitimate businesses on the tourist island, and pledged to punish soldiers or police patronising these people or their activities.

A fact-finding probe is needed to identify those involved but assigning soldiers to spearhead the crackdown would have been deemed a bit draconian, he said. However, this is the right time to launch the crackdown, as military personnel had been deployed on the island to assist the police in probing the murder, he added.

The Interior Ministry yesterday ordered provincial authorities across the country to work out urgent measures to ensure extra safety for tourists, including surveillance at tourist sites during the risky hours, setting up of road checkpoints and monitoring of people involved in suspicious activities.

The measures and the surveillance will be conducted jointly by the police, soldiers and civilian authorities, Interior permanent secretary Wibool Sa-ngaunphong said. Long-term measures would involve the installation of more surveillance cameras and lights in vulnerable areas.

Meanwhile, a man who had allegedly left the island on September 14 morning after the double murders, spoke to Kom Chad Luek daily yesterday and pleaded his innocence. “I am not afraid [of being implicated], as I have done nothing wrong,” said the unnamed man, 22, who is said to be a son of a village head and owner of a resort where the victims were seen drinking until late at night before they were found killed at Chor Por Ror beach at dawn.

Suspect ‘not on the run’

The man was identified yesterday in media reports as Warot Toowichien, a son of AC Resort owner and former village headman Worraphan who has been cleared by the police. Warot came under the scrutiny of police, because he had allegedly left Koh Tao on the morning of the double murder.

Speaking to the Thai-language newspaper yesterday, Warot denied that he was on the run, but was in Bangkok – where he studied at a university – on Sunday when the crime took place.

“I have witnesses – university friends and lecturers who saw me at the apartment where I reside. They include the apartment residents. They are all ready to testify to help me. Also there is surveillance camera footage showing me staying at the university and the apartment,” he added.

He added that he “could not comprehend” why his father had been interviewed and initially suspected by the |police, despite his cooperation and even assistance in providing police with leads and tip-offs.

Police have collected DNA samples from 300 Thai, foreign and immigrant men based on the island in an effort to match theirs with either semen found on the female victim’s bodies, or other evidence found on the murder weapon or at the crime scene.

Deputy national police chief Pol General Somyot Poompanmoung said Worra-phan and the other man, owner of Intouch Pub, were interviewed and had never been apprehended as suspects. He said police investigation into the murder had been plagued by rumours and unauthorised information spread on the social media.

He asked reporters to follow up progress into the investigation or seek interviews with Police Region 8 chief Pol Lt-General Panya Mamen, as the area commander directly supervised the police’s work. Somyot added that there were certainly no influential figures on Koh Tao, as residents and business owners had been helpful in the police investigation.