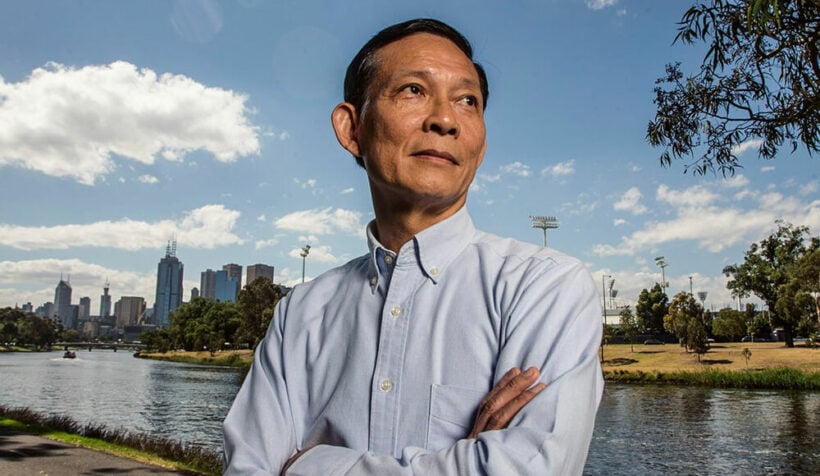 Following the human trafficking of Rohingya people at the border of Thailand and Malaysia reported yesterday, PM Prayut declared that Thailand “was serious about human trafficking”, and the situation was “improving”. He also said that the former Thai policeman in exile in Australia, who shared the story about the case back in 2015, left the country “by himself “and insisted that he was welcome to return to Thailand “if he is confident that he is clean”.

On February 18, Move Forward MP Rangsiman Rome reported during a parliamentary meeting that the former policeman Paween Pongsiri was threatened by high profile authorities after working on the human trafficking case at the border.

“The former chief investigator into the Rohingya trafficking case plans to move abroad with his family after resigning from the police force out of fear for his family’s safety. According to Thairath News, Maj Gen Paween Pongsiri, the head of the team investigating the human trafficking of Rohingya and Bangladeshi migrants, has reportedly decided to move abroad with his family out of fear of the repercussions from the still powerful trafficking syndicates.” Pratchatai – November 17, 2015

The former top policeman had also been tasked with sorting out Phuket’s public transport monopolies and alleged ‘taxi and tuk tuk mafia’ but had run up against deep seated corruption and a culture of fear on the tourist island.

Most notably, Paween was the investigating team leader working closely on the human trafficking case and was responsible for finding the makeshift camp in Songkhla where Rohingya victims were captured and imprisoned – the photos of which shocked Thais. He claimed that he was stopped from working because the case was involved many influential people.

The MP also shared that Paween was pressured by different seniors until he left the country and sought shelter in Australia for his safety.

Yesterday, PM Prayut commented on the matter with Thai media saying that he had left Thailand on his own accord and “no one could threaten him as Thailand had laws”.

“If Paween is confident that he was clean and didn’t have any problems with me or others, he could come back.”

The PM also refused to concede that the human trafficking situation in Thailand had become worse. Instead he insisted that the situation of crackdowns on human traffickers was “getting better and better”.

Graham
Of course Thailand has laws, everyone knows this, however the laws only apply to certain people and Uncle Tu knows this only too well. 555

Cabra
As a general rule (no pun intended) never return to the scene of a crime. Nothing good will come of it.
HiuMak
20 hours ago, Fanta said: Prayut would be a great comedian. The straight face that he holds while delivering these puns is admirable. He makes my day everytime😀

Soidog
21 hours ago, Haole.TH said: Prayuth said: “no one could threaten him as Thailand had laws” This didn't stop Pinocchio from performing a coup against a democratically elected government here in Thailand. Exactly. And in the process ripping up the supreme…