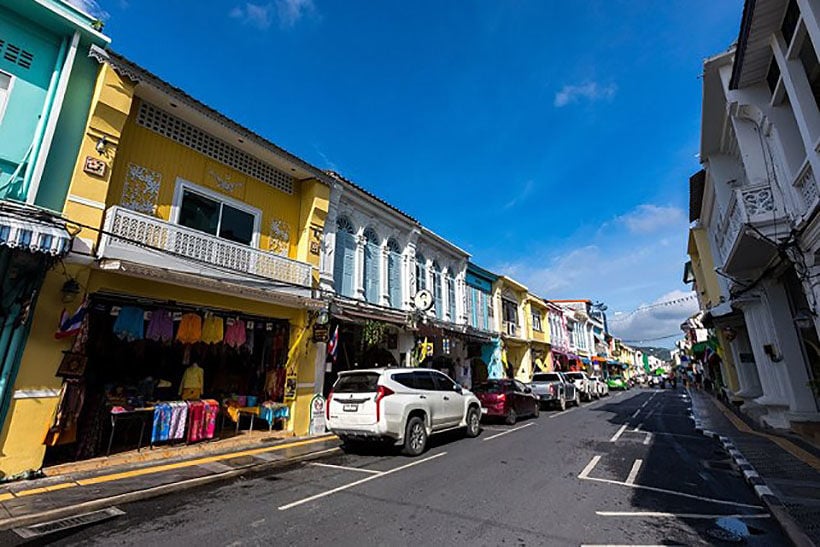 A foreign man reportedly stole snacks from a Phuket shop on two separate occasions. The shopkeeper alleges the foreigner first stole snacks back in January, after he came to the store with a Thai woman. The woman paid for her items, while the man allegedly stole 228 baht worth of snacks. The man reported the alleged theft to Phuket City Police the next day.

Thai media has reported the suspect as a “handsome foreign man,” publishing a photo, possibly from social media, of a man with his shirt unbuttoned, showing his six-pack.

The shop is located in the Phuket Old Town area. The shopkeeper showed CCTV footage of the foreigner putting snacks in his trousers, and leaving the shop without paying. Anyone who might know the foreigner is asked to contact Phuket City Police.

In January, a foreigner stole 3,600 baht from a Phuket taxi driver. He was arrested, and forced to give driver his 3,600 baht back, plus an additional 400 baht for the trouble caused, totaling 4,000 baht. 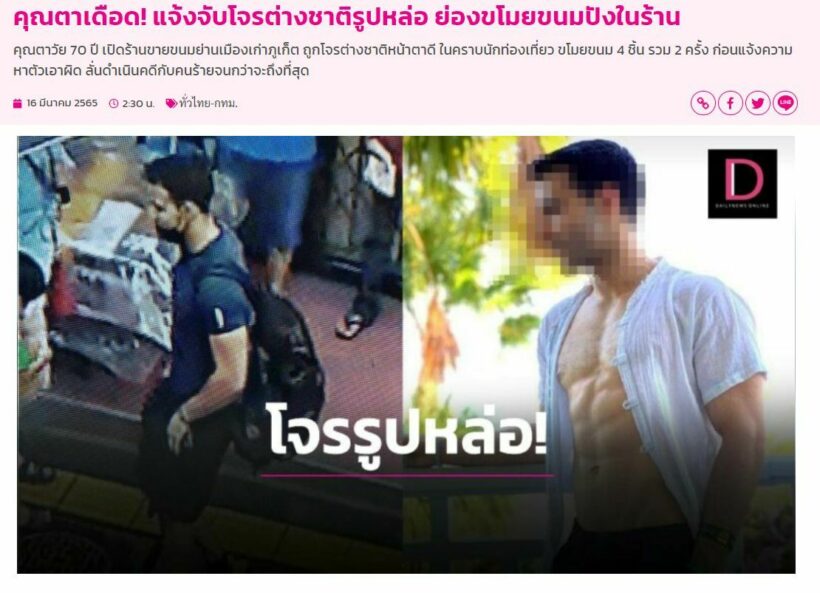 TWS60
In another life, had to deal with shoplifters who got nicked by shop security staff. Teenagers, transients to soccer mom housewives. Oddest was a retired military officer from the Forces, well dressed, enough money in his wallet for the item…
Thehat
1 hour ago, Janneman said: Nice sixpack. I do wonder where he hid the loot that second time. Roid boy...... Plenty of room in the front of his pants..

Cabra
Probably a trust fund brat on perpetual holiday... Certainly does not look destitute or poor. Whoever he is, police have a clear photo and I suspect he is going to have some explaining to do real soon.

palooka
22 hours ago, Prosaap said: I wish they police worked that hard to find the thai agent who stole my rent money and ripped off at least 15 more they had her in the police station and let her go…