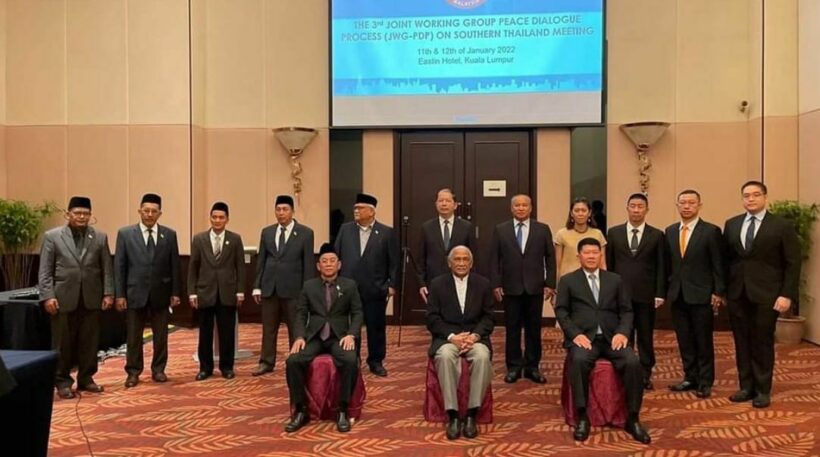 Leaders of the Islamist rebel group Barisan Revolusi Nasional Melayu Patani joined a peace dialogue panel in Phuket with the secretary-general of Thailand’s National Security Council, Wanlop Raksanoh, to discuss solutions to the religious separatist insurgency by the Malaysian border.

The panel was held at Le Meridian Phuket Beach Resort and lasted from Saturday to Sunday. Also present at the panel was army commander Lieutenant General Kriangkai Srirak. The general reported that both sides are committed to finding peace, and have been determined to continue talks despite increased border restrictions due to Covid. He said both parties were friendly with one another.

The panel focused on reducing violence, discussions with local people, and seeking a solution that will satisfy the needs of the people in the area. The next focus was creating a framework to structure the discussion based on these three main issues. The last area of focus was on reducing violence in Thailand’s Deep South, where Islamist separatist groups have often violently clashed with Thailand’s military. This violence heightened in 2004 when 7,000 people were killed. General Wanlop said further peace talks are hoped to continue in the future.

Rain
Damn invented boogiemen. They're everywhere.
kalyan
Eye Wash, Protocol and Obligations Complied ! This is certainly not going to improve the situation.

Rain
Secede the deep south to Malaysia - when it should've been executed the first time.

AMc
18 hours ago, Prosaap said: We is the not muslim people they run away from there country because its so terrible as soon as they arrive they start turning the place in the country they came from If I'm not…

AMc
Is an "Islamist" like a Western "Christianist" or "Judaist"? And what about a "Buddhist-ist". These made-up words are nauseating. Why not Muslim, Christian, Jew and Buddhist people... Not "other" enough for the power wielders, I figure. …