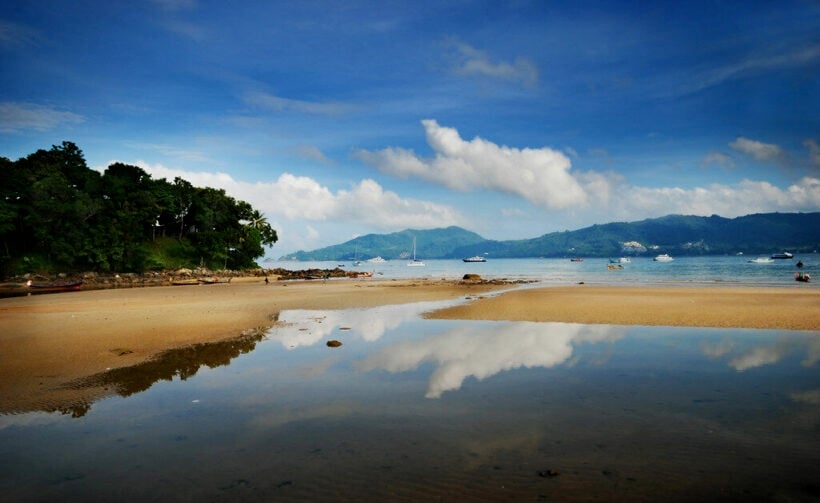 A Patong official is denying that wastewater flowing into the beach’s bay is causing a large influx of algae, leading to mass amounts of red sea urchins being stranded on the shore. Nattawut Thepthon, Chief of the Patong Municipality Sanitary Works Division told The Phuket News that the appearance of sea urchins is a natural phenomenon.

But the chief of the Phuket Marine Biological Centre disagrees, saying the urchins are swarming the shore as they are attracted to algae. He says the algae blooms are the urchins’ food source and high tides during the spring season are adding to their increasing presence on the beaches.

He went further by saying the algae form directly from wastewater, refuting that it is a natural phenomenon. Nattawut says the wastewater has been treated, which would not spur the growth of algae. He went on to say that it is regularly tested for contaminants.

“After the Covid-19 pandemic began, only a small amount of wastewater has been sent to our treatment plant, as we have only a small number of tourists. much smaller than normal.”

“As for many urchins being washed ashore, I have searched the internet to find out the cause of the phenomenon. The algae need nutrition, good weather and suitable sunlight to grow well. Right now, it is summer season, so there is good sunlight for the algae. For the nutrition, I believe that Patong Beach is on a closed bay which is full of food for algae. This is all my personal idea.”

But Nattawut did not voice concerns over the impact of untreated wastewater from homes and businesses flowing into the bay that are not connected to the municipality’s sewerage system.