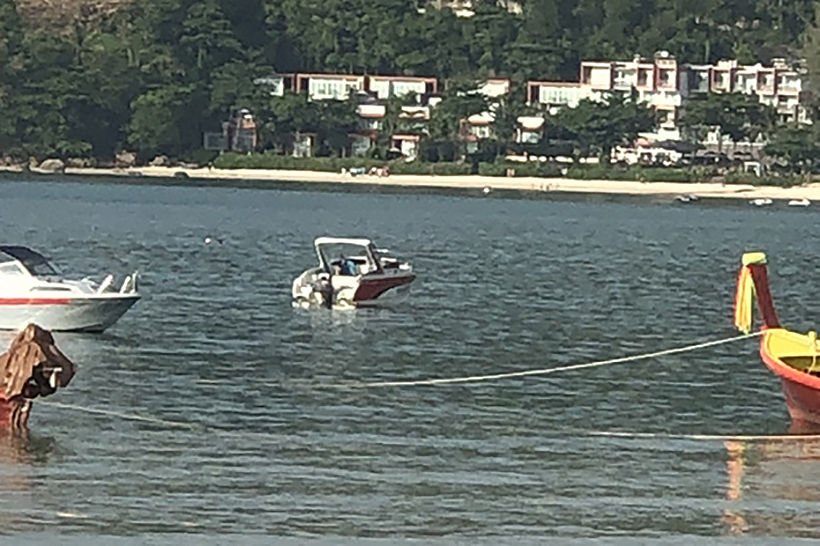 Police are investigating the circumstances of an incident on Kamala Beach on Friday afternoon where a swimmer was killed after being struck by a speedboat used to tow paying parasail passengers into the sky.

A German tourist has died after being seriously injured by a speedboat propellor while swimming off Phuket’s Kamala beach. The victim was a 63 year old German man identified by police as Helmut Prock from Dietfurt an der Altmühl in Bavaria.

He was swimming outside the designated swimming area when the incident occurred on at about 4pm on Friday afternoon. The driver of the boat, “Friendship 1”,whose business is providing parasailing trips for paying tourists, was driving towards the shore and told police he didn’t see the man.

Police reported that Mr Prock was staying at a hotel in Kamala near the beach. They report that he’d checked in on Thursday and was due to check out a week later. He was understood to be travelling alone.

Mr Prock was believed to be travelling alone, Col Sompong said. He was rushed to Patong Hospital but later pronounced dead. The German embassy were notified and were in the process of contacting the man’s family.