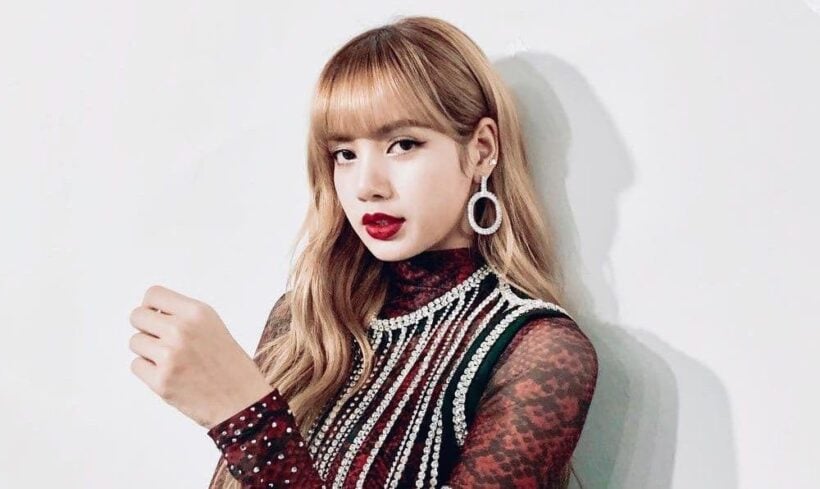 The director of Thailand’s Office of the Alcohol Control Committee has been assigned to investigate anyone who shares photos of a famous Thai celebrity promoting a whisky brand. He was assigned by the Department of Disease Control, according to reporters.

The celebrity, Lisa from Blackpink, is a brand ambassador for the Scotch whisky company Chivas. In Thailand, it’s illegal to advertise alcohol. Those who violate this law can be fined up to 500,000 baht or sentenced to one year in jail, or both.

In an exclusive interview this week, Lisa told High Snobiety she became a Chivas ambassador to inspire people to “elevate themselves”. The Chivas campaign ad shows Lisa talking about the hard work she’s put in to achieve success.

“There were no shortcuts to get here. All I know is, be yourself. Be authentic. Make success on your own terms”.

Lisa is Thai, and was born in Thailand, however she moved to South Korea in 2011 to train in K-pop. She joined Blackpink in 2016, the year the band debuted. She is the first non-Korean YG entertainment artist.

Lisa has endorsed other brands in the past, including Celine, a French luxury brand.

birdman
Is watching and sharing this also illegal?just asking.

Transam
12 hours ago, Cabra said: You must be using a VPN because these ads would not appear on a computer/device with a Thai IP address. You might be able to search and find stock images. But never as ad placements.…
HolyCowCm
6 hours ago, Faraday said: For what reason is there a ban on advertising alcohol? I really don't understand the log..🤣 Sort of like an out of sight out of mind in a subliminal way. Like seeing a hot girl…
Stardust
13 hours ago, HolyCowCm said: It is plainly illegal to show any alcohol or it’s direct name or label in Thailand. Outside of here is not. So even TT allowing a beer bottle with company name and logo on it…
HolyCowCm
2 minutes ago, Stardust said: I am thinking now about their meeting with the North Korean officials 🤔 Yeah, thinking about that idiocy will surely make you want to sit down and open up a bottle of Chivas.