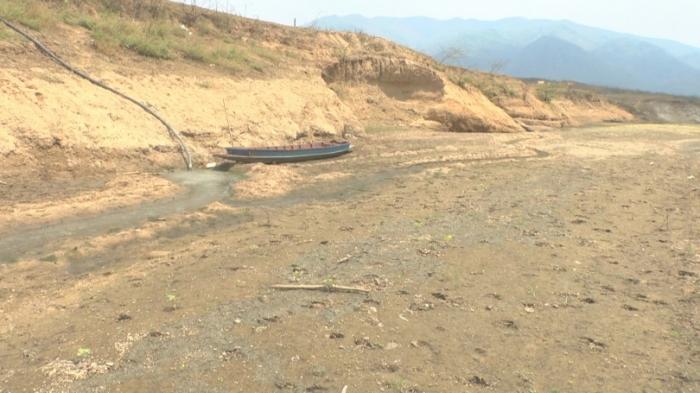 THAILAND: The country continues to suffer scorching temperatures this month and the rainy season may be further delayed due to the lack of moisture in the air, meteorologists have warned.

Wattana Kanbua, senior meteorologist and Marine Meteorological Centre director, revealed yesterday that Thailand may start getting some rain from May 14 onward, as the moisture-bearing southwestern wind from the Indian Ocean will blow into Thailand. However, due to the hot weather in most parts of the country, it may not rain as expected.

“Judging from the weather-pattern simulator, we can see that Thailand will get more rain after mid-May, but I’m concerned that the weather will still be too hot and dry for clouds to form and create rain,” Wattana said.

“The situation will be like last year when the winds came on time, but the weather was too hot and arid for rain to form. That is why we need more trees to trap the moisture and keep the weather cool,” he said.

As it was still unclear when the rainy season will come, many areas in the country are suffering badly from drought and hot weather.

In Chiang Mai, the Doi Tao reservoir has dried up and affected more than 27,000 people in six nearby sub districts. Locals say this is the worst drought in 40 years, and the water level has dropped so much that people can walk across the reservoir.

Uthai Intachad, a local resident, said people living near the reservoir used to make Bt1,000 per day from farming and fishing, but now they have had to switch to raising livestock and relying on government subsidies because there is not enough water.

The hot and dry conditions have also resulted in the price of vegetables rising. In Phitsanulok province, for instance, the price of some vegetables such as yard-long beans has increased tenfold.

According to the Royal Irrigation Department, the four main dams in the Chao Phraya Basin only have 10 per cent of water available, and 21 dams across the country are less than 30 per cent full.

The Meteorological Department revealed that many parts of Thailand will have to endure hot weather, especially this week, with the mercury hitting 40 degrees Celsius in the North, Northeast, East and Central regions due to low pressure.

Though May is usually the transitional month when the weather changes from summer to the rainy season, the department warned that weather patterns will be unpredictable and that rainfall will be slightly lower than average.

Meanwhile, the department also warned that the North, Northeast, East and Central regions may be hit by summer storms from tomorrow (Saturday) to next Monday due to the southeastern winds.

Thailand is not the only country in the region suffering from sizzling temperatures. The Associated Press reported that Cambodia had to reduce school hours as temperatures in the country have hit 43 degrees Celsius.

A spokesperson for the Cambodian Education Ministry said that schools were starting 30 minutes later and closing half an hour early because most did not have air-conditioning and the high temperatures may cause students to suffer from heat-related illnesses.