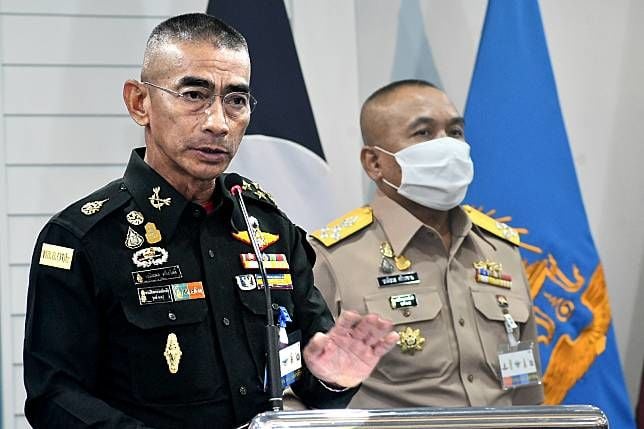 There will be no more coups d’état, the new military commander in chief General Chalermpol Srisawat says. He vows that the army will no longer get involved in politics and says the military is in place to protect the country. His pronouncement has been made on the 44th anniversary of the Thammasat University Massacre, a pivotal event in Thai politics in 1976.

There have been 12 military coups in Thailand since the country’s first coup in 1932 which ended nearly 800 years of absolute monarchy. The last coup was in May 2014, lead by then-army general Prayut Chan-o-cha, now the encumbent PM. A number of army officials now serve on the Thai Senate, but Srisawat did not comment on their role in politics.

6 Senate positions are reserved for the supreme commander of the Armed Forces, the defence permanent secretary, the national police chief, and the heads of the army, navy, and air force, who are all senators ex officio. As of 2020, 104 of the 250 senators are military or police officers – Wikapedia

Srisawat spoke at a meeting with new chiefs in the military, calling on them to abide by the Defence Ministry’s policies and principles of protecting the monarchy. He says the military’s job is to protect the country and its institutions.

While a number of pro-democracy protests over the past few months, calling for an end to the military government and a rewrite of the constitution, Srisawat says people have a right to express their opinions, as long as the comments don’t affect national security. He also says the National Police should provide security during the October 14 pro-democracy rally.

“Like the public, we believe a democratic government with the King as head of state is not the worst kind of regime. So, we have to think about how to encourage people to use their rights to improve their quality of life.”