The Super Savings Fund (SSF) introduced by the Finance Ministry has been given the go-ahead by Cabinet and is set to replace the older Long-Term Equity Fund.

Thai PBS World reports that the new fund enables investors to deduct 30% of their savings, or up to 200,000 baht, from taxable income. It aims to boost long-term saving of up to 10 years among Thai citizens by using deductions from taxable incomes as an incentive.

The total tax deductible amount for an individual saver cannot exceed 500,000 baht in the same tax year, when savings from other funds are taken into consideration. These funds include the Pension Fund for retired civil servants, the Retired Mutual Fund (RMF), the National Savings Fund, as well as the Welfare Fund for Private Schools and Life Insurance Fund.

The deductibles are only available to those who keep their savings in the SSF for at least 10 years. From 2020, the tax deductible is valid for five years with no lower limit for investing in the SSF. Income derived from selling SSF units will be tax exempt.

In addition, the Cabinet has agreed to a 30% increase on tax deductibles on RMF investments

The cabinet agreed to increase tax deductibles on investments in the RMF from 15% to 30% of taxable income, but the total amount of deductibles for all funds must remain below 500,000 baht.

Are you considering a medical procedure abroad? With Thaiger Medical you can research hospitals and doctors, choose a destination in Thailand or abroad, and book an appointment today. 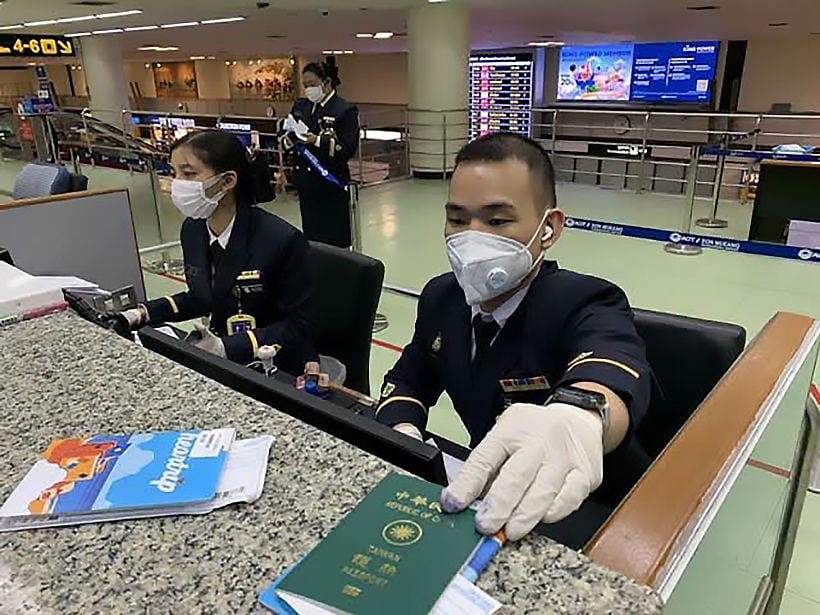 Health screening measures are being boosted today at immigration checkpoints nationwide to prevent the spread of the Wuhan Coronavirus into Thailand. Since cases were confirmed in Malaysia and Singapore, officials at the Betong border crossing in the southernmost province Yala are using handheld thermometers to screen suspected contaminanees.

Meanwhile enhanced hygiene measures are being implemented at immigration checkpoints at all airports across the Kingdom. The improved measures will help protect officials at international airports, who are in contact with tens of thousands of passengers daily, with special screening protocols at Guangzhou, where health experts be assigned specific gates. All flights from Wuhan have been cancelled as the Chinese city which is at the epicentre of the outbreak is in effective lockdown.

The Immigration Bureau said yesterday that the enhanced hygiene measures will bolster passengers’ confidence. Immigration checkpoints will be cleaned hourly with disinfectant and alcohol spray, especially in areas where officers and passengers interact. Immigration officials at all airports will wear masks and gloves, as they must handle many passports and frequently converse with passengers.

Hand sanitiser bottles for passengers will be placed on immigration counters for passengers to use, and officials will increase their surveillance of coughing and sneezing passengers, who will be referred to the airport’s health control team. Officials’ will also be monitored, and those showing symptoms will be sent to doctors immediately.

There are currently no confirmed cases of Wuhan Coronavirus infection in Yala or southern Thailand, but Betong district is considered to be at high risk as it welcomes many Malaysian-Chinese and Singaporean-Chinese tourists.

In Samut Songkhram, southwest of Bangkok, the district chief has delivered sanitary masks to vendors at Amphawa floating market, in an attempt to reduce the chances of infection. Amphawa has ordered hotels and homestays to monitor the health of their guests, and notify authorities should any guest show symptoms.

Amphawa floating market is a tourist attraction popular among Chinese, with about half of all visitors coming from China. 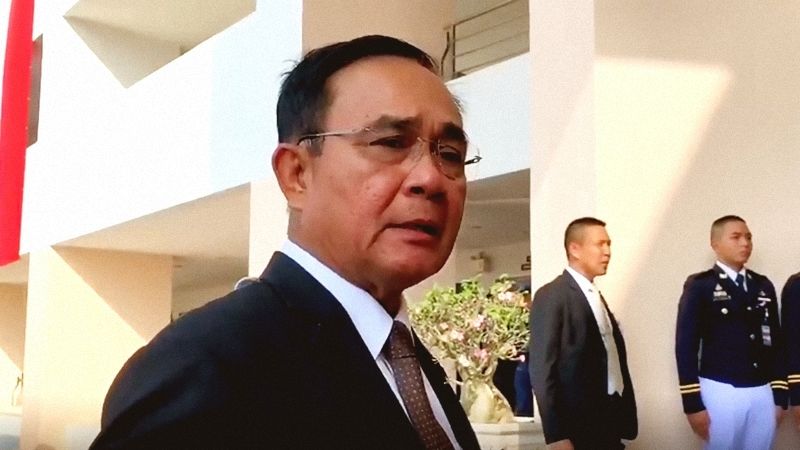 China has so far not granted Thailand permission to land a plane to evacuate Thais in light of the Wuhan Coronavirus outbreak. PM Prayut Chan-o-cha says China is handling the situation, and the Thai government must prepare a list of Thai nationals currently in China, an assembly point and a departure table before permission is given.

“China confirmed that it can still control the virus… Flights must be approved by the destination country first… As long as the situation is under control, they are unnecessary. Otherwise, there would be a confusion of flights from other countries,”

The Thai embassy in China reports that there are no urgent requests to return to Thailand from Thais who are currently in China. The PM asked people to be calm and support officials in doing their jobs, as the government has planes on standby and the Minister of Foreign Affairs is managing the process.

Pressed on his harsh style in dealing with the media, Prayut said the government doesn’t have time to answer all the press’s questions and it isn’t necessary to publish every detail of their work.

Read our latest update on the coronavirus situation around the world HERE. 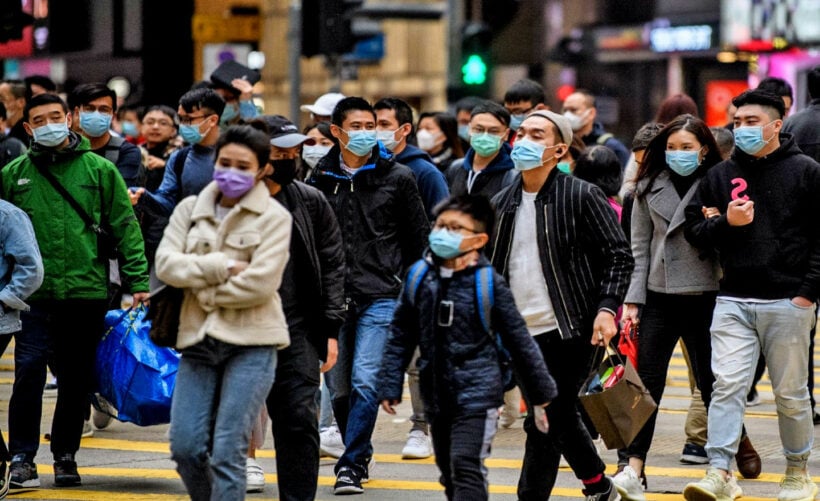 The death toll in China from the respiratory illness called the Wuhan Coronavirus or the Novel Coronavirus, has now reached 106, according to Channel News Asia. There are no deaths reported outside China and the vast majority of deaths are in the province of Hubei (76) where Wuhan is the capital.

The number of total confirmed cases has risen to 4,515 as of January 27. The numbers from the National Health Commission in a statement, up from 2,835 reported on January 26.

Chinese authorities have postponed the start of the spring semester for schools and universities across the country, stretching the end of the Chinese New Year holiday three additional days, from this Thursday to the following Sunday.

Meanwhile, the Philippines’ Bureau of Immigration has taken decisive action and will temporarily stop issuing tourist visas on arrival to Chinese nationals “to help ensure the country remained free of the new coronavirus”.

Comparison between SARS and Coronavirus HERE.

A statement from the Chinese education ministry says teaching institutions around the country would reopen on a case-by-case basis. School administrators had been instructed to, as a precaution, “require students not to go out, not to gather, and not to hold or participate in centralised activities”.

The virus, which first emerged in the Chinese city of Wuhan, has since been identified in more than a dozen other countries, including the first confirmed patients in Canada and Sri Lanka. No deaths, connected to the virus, have been confirmed outside China.

The World Health Organisation confirmed yesterday that it “remained unclear” if the coronavirus is contagious during its incubation period, before symptoms appear. It hasn’t confirmed assertions made by Chinese authorities over the weekend that people who are infected could spread the disease before they showed any outward symptoms of fever.

• The youngest confirmed case is a 9 month old girl in the Chinese capital.

• A fifth case of the coronavirus is confirmed in Singapore, according to the Ministry of Health. The confirmed case is a 56 year old Chinese female from Wuhan who arrived in Singapore with her family on January 18.

• Cambodian authorities have confirmed the first case of coronavirus yesterday. The patient is a Chinese man who arrived with his family from Wuhan to Sihanoukville, on the Gulf of Thailand, in early January. Thailand is conducting checks on all people crossing over the land border from Cambodia into Thailand.

The mayor says the ban on travel is “unprecedented in human history”. The ban was enacted last week and effectively cut off the city of 11 million people. Medical workers in the city continue to accuse the Wuhan civil government of reacting too slowly to the crisis. Residents are using social media to complain about the ban on travel that is making it difficult to get food and health care into the city.

Read our comparison between the SARS virus outbreak, nearly 20 years ago, and the novel coronavirus HERE.