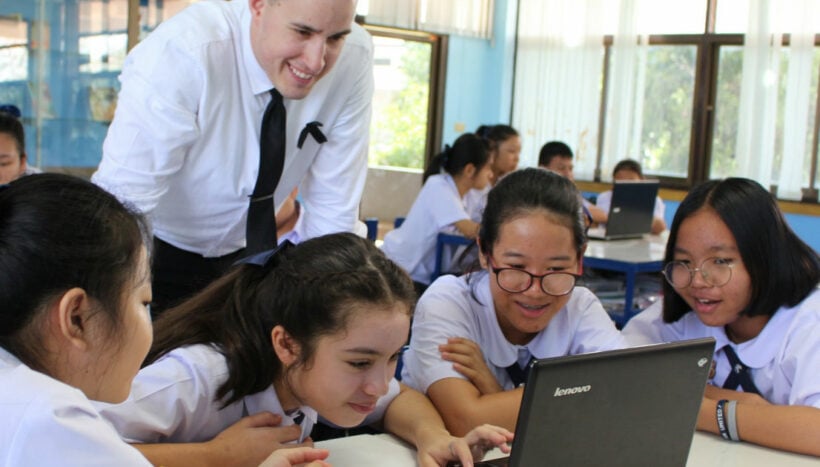 It’s reported that more teaching jobs will become available for foreign English teachers from next year, as efforts are made to boost English language skills in schools across Thailand.

A Daily News report says students in their final year of high school need to improve their English language knowledge from “basic” to “independent user” level, which is considered a mid-range ability on an international scale of measurement.

Dr Amnat Wichayanuwat from the Office of the Basic Education Commission says increased funds will need to be made available to cover dedicated English classes in district and provincial schools.

Daily News reports that measures expected to be announced by year end include an increase in the time spent teaching English during the next academic year, in schools across the country.

It has not yet been confirmed where the additional English teachers would come from, with hiring possibly being left to individual schools, or carried out under the remit of the Education Minister, in conjunction with foreign embassies and consulates.