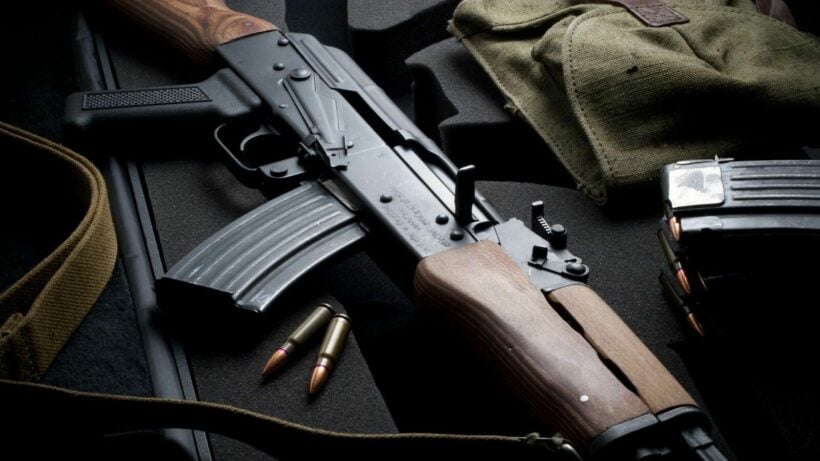 Today, a man in the Southern Thai province of Nakhon Si Thammarat was arrested after police searched his dwelling and located 2 firearms.

Serm Kwannimit, the deputy provincial police chief, says, officers were responding to information that military-grade weapons were being sold at 20 year old Teeradet “Bang Jack” Chuhai’s house. Police found an AK-47 assault rifle and a 9mm Llama piston inside a cupboard. Bang Jack was charged with possession of illegal weapons with intent to sell

Bang Jack reportedly confessed that the guns were his. Further, BJ says he had ordered the guns from Bangkok and that the rifle set him back 40,000 baht and the pistol 43,000 baht. BJ says the guns came from a private delivery service. The delivery service was not named.

Police say they are investigating the matter further.

AlexPTY
Are there a legal arms in Thailand? To get a Kalashnikov in Asia, it's quite an unusual case