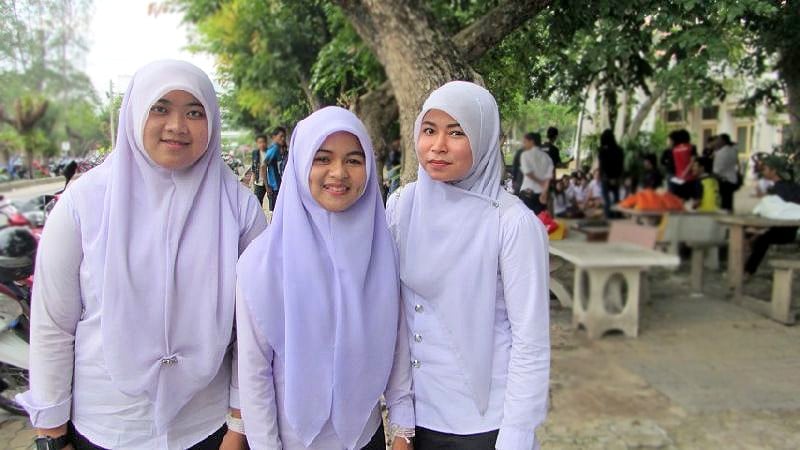 “I am extremely worried and concerned that this move will widen rifts,” Wisoot Binlateh, the director of Sheikul Islam’s coordination centre in the South, said yesterday.

Parents and academics are expressing concern over the Education Ministry’s move to leave it up to the schools and their monastic landlords to decide on the dress code for Muslim students.

Thailand’s deep South, which is mostly populated by Muslims, is still struggling with insurgency-related unrest for more than a decade.

The Education Ministry’s latest dress-code move is widely seen as a clear signal that Muslim children will not be able to protest if their schools force them to wear a normal Thai school uniform – in effect making it impossible for them to follow religious dress rules of wearing hijabs and long trousers.

Last month, some parents challenged the Anuban Pattani School in Pattani province about what Muslim children studying there could wear. Operating inside a Buddhist temple, this school had long required students to wear school uniforms regardless of their religion. But the parents believed their children should be allowed to follow their Islamic beliefs. 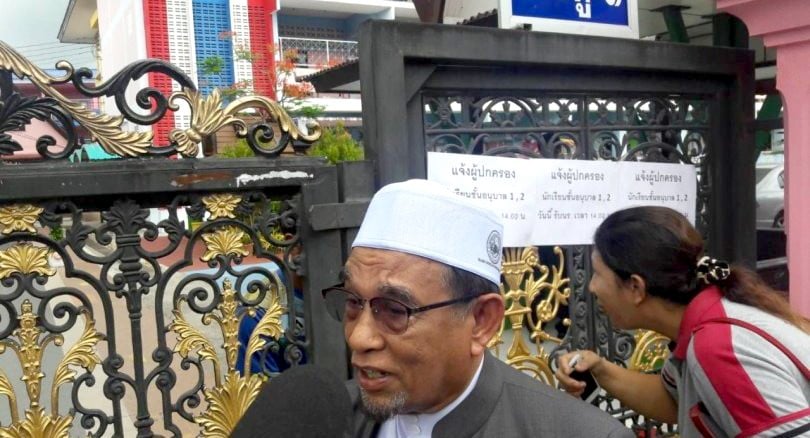 A protest last month where southern Muslim groups protested about the dress code at a Thai school set inside a Buddhist monastery.

The Education Ministry intervened to ease tension at the time, signalling that Muslim children should be able to wear a hijab and long trousers as long as their colours matched those of the school’s uniform. At that time, the ministry’s school-uniform regulation stipulated that students could dress in accordance with religious beliefs.

But the Royal Gazette on Wednesday published the latest revision to the Education Ministry’s school-uniform rules.

The amendment states that Muslim students can wear school uniforms or wear clothes based on their religious beliefs at schools that are not operating on plots belonging to temples. But if they study at schools which sit on monastic land they must comply with the dress code set by the school and the landlord.

Thousands of state schools in Thailand are located inside monastic compounds. While the Education Ministry’s revision of the school-uniform rule aims to prevent further disputes over the dress code for Muslim students, the move itself has become a cause for concern.

“I really can’t understand why the government will do this: why revise the regulation?” Wisoot said.

He said when Muslim children enrolled in private schools, the government was worried about insurgent ideologies.

“So why does the ministry make a move that would drive Muslim children away?” he said.

“Children from various religious and cultural backgrounds should be allowed to interact at state schools and learn together,” he said. “State schools should play a role in bringing children of various backgrounds together. If a dress code keeps some children away, they will not grow up in the state-organised inculcation system.”

National Human Rights Commission (NHRC) member Angkhana Neelapaijit said not allowing Muslim students to dress according to their religious beliefs is a violation of their religious freedom rights.

She was also worried that the dress code could cause divisions among people of different faiths.

“The NHRC has received two complaints about school dress code, related to Anuban Pattani School and Hatyaiwittayalai School. Some parents have even taken their children out of the latter school,” Angkhana said. She said the Hatyaiwittayalai School in fact allowed students to wear hijabs but some teachers were against it and this had caused problems.

Cross Cultural Foundation director Pornpen Khongkachonkiet urged all sides to sit down together and talk.

“Or else, there will be animosity on both sides – Buddhists and Muslims – in the area. Both sides are focusing on winning. But children deserve sympathy and they have got sandwiched between the two sides. This battle, if it goes on, will cause pain to all sides,” Pornpen said.