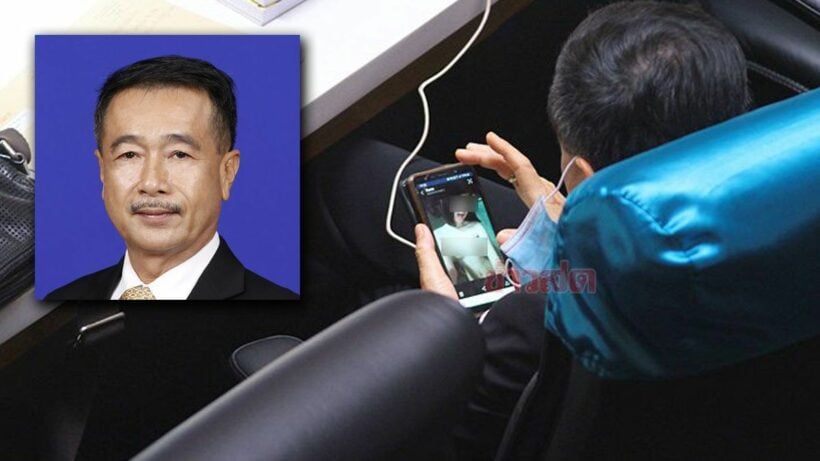 A member of parliament was caught looking at photo of a naked woman on his phone while he was at a House meeting yesterday. He claims the incident was set up rival politician. Speaker Chuan Leekpai says the parliment can’t punish the MP because it’s considered a “personal matter.”

Reporters saw Ronnathep Anuwat, the Palang Pracharath Party MP for Chon Buri, glancing at a photo of a nude woman while he was at a House meeting on the government budget. Ronnathep says he believes he was targeted by a rival politician who wanted to ruin his reputation, adding that he has many political opponents. The MP says he opened messages that were asking for help and the photos popped up.

“At first, messages came in asking for help, so I asked what they wanted … They said they had some problems, and then these pictures just suddenly popped up.”

He says the person who messaged him asked for money. Ronnathep deleted the photos, he says. Khaosod English says reporters saw him messaging the person for about 10 minutes.

Chuan says he views the incident as a personal matter. The parliment will get involved if a complaint is filed and will look into whether the MP breached the code of ethics, he says.

Apparently, Chaun says he told MPs in the past to be careful what they do because the media is watching them.