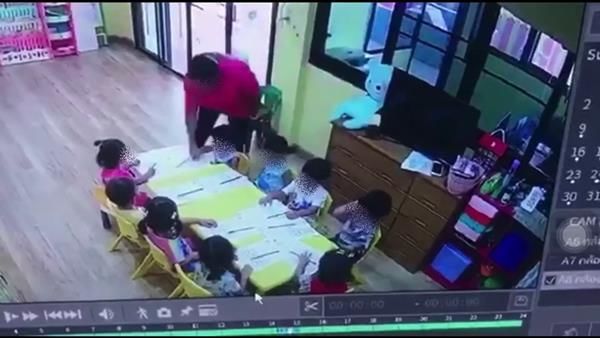 More reports of teachers allegedly abusing their students have come to light after a Nonthaburi teacher was caught on video pushing a kindergarten student to the floor, pulling a student across the floor and repeatedly hitting other students. Now more classroom videos of teachers allegedly abusing their students are being widely shared online as well as photos of children’s marks and injuries from the alleged abuse.

Meanwhile, the main Thonburi school, at the centre of the current allegations, has agreed to pay compensation, including refunding school fees, paying medical costs, and better screening and scrutiny of teaching staff.

The Sarasas Witaed Ratchaphruek School teacher in Nonthaburi, a suburb north of Bangkok, faces charges of physical assault and violating the Child Protection Act. The incident also prompted an investigation into all 42 Sarasas private schools by the Office of the Private Education Commission. 34 out of the 42 schools have complaints filed against them, according to the Nation Thailand.

A nursery teacher in Nakhon Pathom, Central Thailand, is now under fire after classroom surveillance camera footage was released on the internet showing the teacher allegedly pitching a 3 year old boy. The boy cried and a photo of his hand shows the red marks that appeared to break through some of the skin. The boy’s parents filed a police complaint last month, but they say nothing has been done. Following the reports of the Sarasas teacher, the father shared a video of his son allegedly being pinched by the teacher

“We wish to pursue legal action against the teacher, but it has been a month since we filed the complaint and there is still no progress. The school staff visited us only once and said the teacher has been fired.”

The parents say their son had nightmares about the incident, waking up crying and saying his hand hurts. They say the boy didn’t want to go to the school anymore, so they stopped sending him.

In another case that has recently come to light, a pro-democracy activist Nuttaa Mahattana says she will sue a teacher who allegedly punished students by hitting their hands. The Nation Thailand says the slapping students hands is not a punishment allowed by the Education Ministry.

While the punishment has nothing to do with political views, the teacher allegedly said students were “very wicked” and “ungrateful” joining a pro-democracy demonstration at the school. A video of her comments was shared on social media. 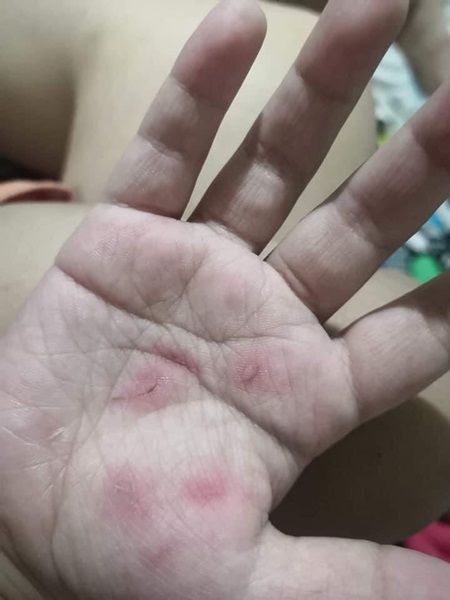