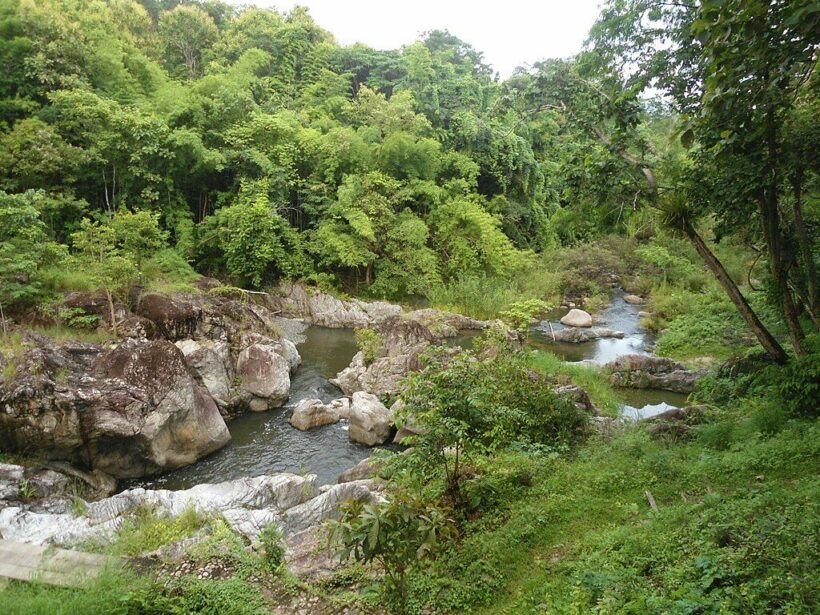 Five monks who got lost in a national park two weeks ago were found in the same park in Northern Thailand last night. The monks didn’t show any signs of illness, but only exhaustion from eating very little food. They had been on a forest retreat, and got lost while walking along paths. The monks told park officials they had come in two groups from Kanchanaburi, and met at a waterfall in the Mae Wong National Park.

For 15 days, the monks only ate wild bananas and plants picked along the stream. Two monks eventually found their way out of the forest to park officials. Teams from two forest fire control stations, and rescue volunteers, then started to search for the remaining three monks in the park on Tuesday morning. They found them in Mae Wong district, 30-40 kilometres from the nearest community.

Another person was also found lost in a Northern forest last Thursday. A French expat with altzheimers got lost when he couldn’t remember his way home from the French consulate in Chiang Mai. The man made his way to a deserted temple where a rescue team found him.

Pinetree
3 hours ago, Thaiger said: The monks didn’t show any signs of illness, but only exhaustion from eating very little food. I read somewhere that Buddha spent 49 days sitting under a Peepal tree and then 7 weeks under a…