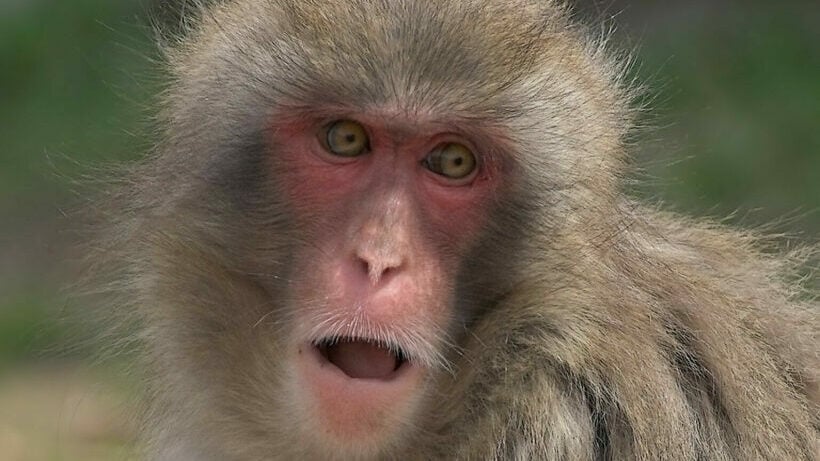 A monkey has been rescued after it received a severe electric shock and plummeted from a high tree in Si Racha, a district in the Chon Buri province. A motorbike taxi driver alerted Si Racha firefighters to the simian’s plight yesterday.

Veterinarians from the National Park Wildlife and Plant Conservation Si Racha Office and officials from the Si Racha Electric Authority had rushed to the scene to find the monkey unable to move on a tree branch. One of the veterinarians shot the monkey with an anaesthetic, presumably from the ground. Officials then held out a sheet to catch the money so as to avoid further injuries.

The Pattaya News says the monkey is a male macaque and weighs about 20 kilograms. He has serious injuries from being electrocuted, including burn marks on his neck and body. He was brought to a veterinarian for further medical assistance.

The unnamed motorbike taxi driver, tells the Pattaya News that the also unnamed macaque had been living in the spot where he was electrocuted for 1 year. He says the macaque enjoyed climbing power poles and cables. The driver adds that he had heard sparking from an electric generator which was followed by the money dropping out of the sky. He says the electricity was also briefly cut out at this time.

After being zapped and falling out of a tree, the monkey still managed to climb back up the tree. When he stopped responding to the motorbike driver the driver became concerned and called for rescue assistance. As of this writing, the monkey is still at the veterinary hospital.

bushav8r
5 minutes ago, Bluesofa said: He's desperately is looking for his monkey nuts. He is not the Monkey King and he made the mistake of falling balls first.

gummy
7 minutes ago, Bluesofa said: He's desperately is looking for his monkey nuts. Well just as well because as there looks like a gale blowing up down there so guess someone has told him to hang on to his nuts…

bushav8r
7 minutes ago, gummy said: Well just as well because as there looks like a gale blowing up down there so guess someone has told him to hang on to his nuts as it is not going to be an…

Bluesofa
29 minutes ago, gummy said: Glad you mentioned that as we always use to call peanuts Monkey nuts, was it a localised thing  perhaps ? It was very localised to the monkey anyway.

gummy
3 minutes ago, Bluesofa said: It was very localised to the monkey anyway. Well bet seeing these takes the smile of his face