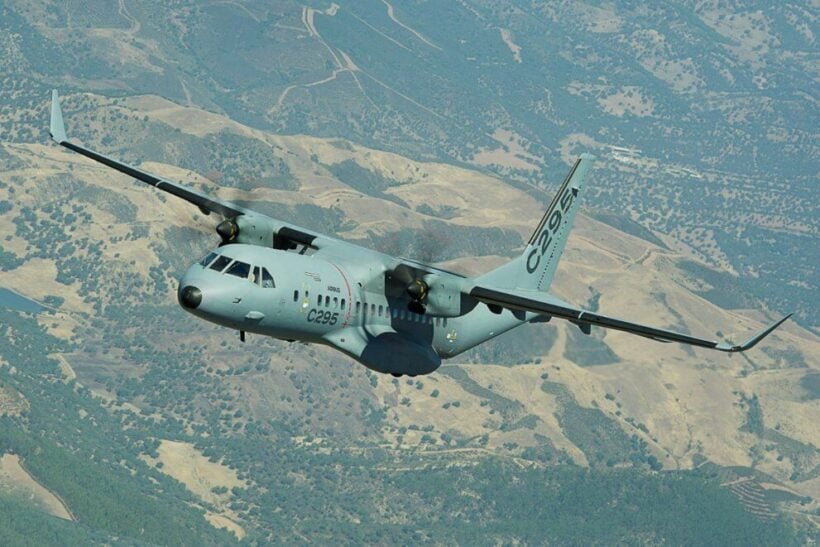 The Royal Thai Army is adding another defence aircraft to its fleet. An order for an additional Airbus C295 airlifter for an undisclosed amount was recently made by Thailand’s Ministry of Defence. It will be be the country’s third C295 in its defence fleet.

The tactical transport aircraft will be delivered to Thailand in 2023. The aircraft can be used for military missions ranging from cargo transport to medical evacuation and para trooping deployment. According to a statement from Airbus, another military customer in the region recently ordered 3 of the aircraft.

The head of Asia Pacific at Airbus Defence and Space, Johan Pelissier, told the media that the order of another C925 aircraft for Thailand’s military shows the country’s “continued confidence in our proven military transport capabilities.”

“The C295 is gaining popularity in the Asia Pacific due to its modularity, manoeuvrability and endurance capability. The low cost of operation compared to any other platform of its class makes it a good prospect for the militaries. We certainly look forward to supporting the growing C295 fleet in this region.”

A military source told the Bangkok Post that the purchase is under a budget approved before the Covid-19 pandemic. Apparently, under the orders of then-army chief General Apirat Kongsompong, the Thai army was initially going to order the Gulfstream G500 business jet for 1.34 billion baht, which the Bangkok Post says would “cater to VIPs” and “was controversial as it was seen as non-essential and a waste of money.” Army chief Narongphan Jitkaewtae, who was sworn in late last year, decided to order the C295 aircraft for the military.

King Cotton
21 minutes ago, Paco said: Yeah that is what thailand needs especially nice to know for the people that are financially struggling  Too true! Like me, you must be asking how this regime can be so insensitive to 'its people'…