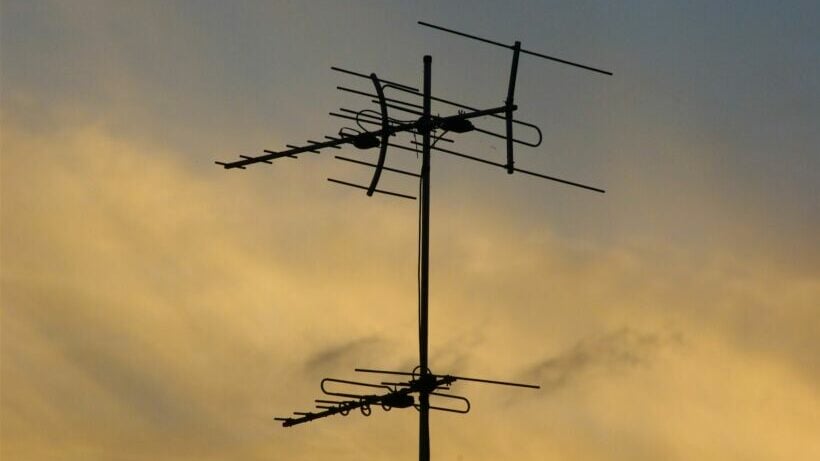 A man had to be rescued after he allegedly drunkenly climbed an antenna tower in Bang lamung, which is part of the Chon Buri province, last night. Rescue workers and local media went to the scene to find the man, whose name has been withheld, 17 metres up the pole around 9pm.

Rescue workers and residents worked at getting the man down by pleading through a loudspeaker. This effort failed. The man confessed to being plastered and says he climbed the tower after a bout of heavy boozing. Also, an argument with his wife about visiting a local market contributed to his climbing up a pole. The man also told the workers that he is a chef at a Thai restaurant.

The antenna climber says he had wanted to go to a market earlier in the day to get food for his restaurant and asked his wife to drive him because he was too drunk to operate a vehicle, but his wife declined to drive him. This did not sit well with the man and led to him climbing the tower to “teach his wife a lesson”. Once up the antenna, the man, like a cat who has climbed up a tree but can’t get down, realized getting up was easier than coming down.

The rescue workers eventually climbed the tower and helped the man down. They made sure to secure the man with a rope before they attempted to bring him down the pole. The man was then brought to a local hospital for a routine mental health evaluation, says Bang Lamung officials.

Bluesofa
9 minutes ago, gummy said: 22 minutes ago, RobMuir said: The guard was sleeping. With the nanny. That will get someones goat  Yer not kidding.

Soidog
7 hours ago, Bluesofa said: Huh? Didn't you read the full story? It's still the only photo there, No photo of a mobile phone mast. edit. Here you go: I didn’t see the full story. Just saw the pictures posted…