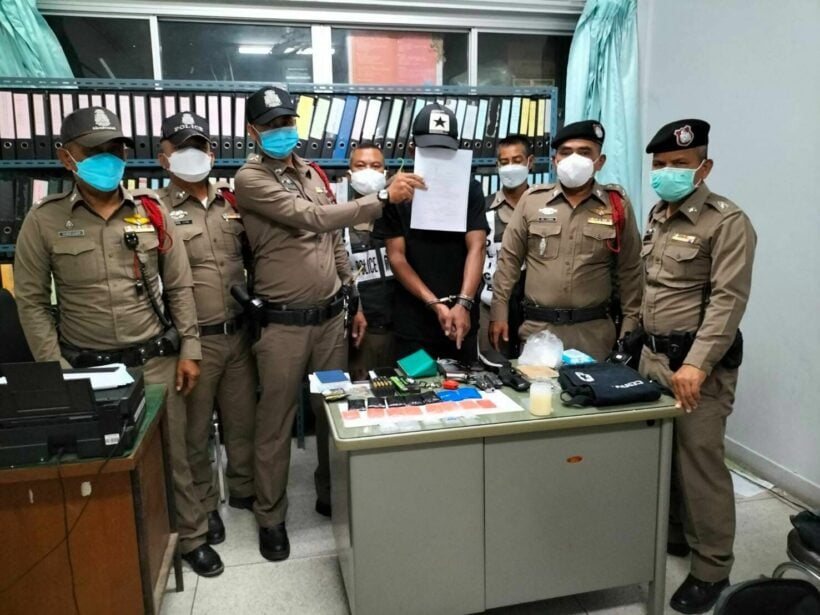 A 26 year old was arrested outside a convenience store just as he was sitting in his car counting his money. When police approached, they found the man suspicious and searched his car, finding illicit drugs as well as a gun and ammunition. He allegedly told police the bought the drugs from an inmate in prison, making the order through the messaging application LINE.

The man, identified as Yotsakorn Chuaychu, who also goes by Khai Dam Taling Chan, was parked at a store in the southern province Nakhon Si Thammarat. The police seized over 2,955 amphetamine pills, 13.96 grams of methamphetamine, a 9-millimetre gun, and 53 gun bullets. Then, the officers went to a hotel room he had rented and found more drugs and weapons inside.

The suspect allegedly confessed that he has been buying drugs from an inmate in prison via Line for years. Reports say that inmate goes by “Kon Rai Ngao,” which means “The Shadowless Man.” He mostly orders around 2,000 tablets per time, and a driver will make appointments to deliver drugs at different locations. He purchases the cost by transferring to a bank account under a woman’s name. Police are still investigating.