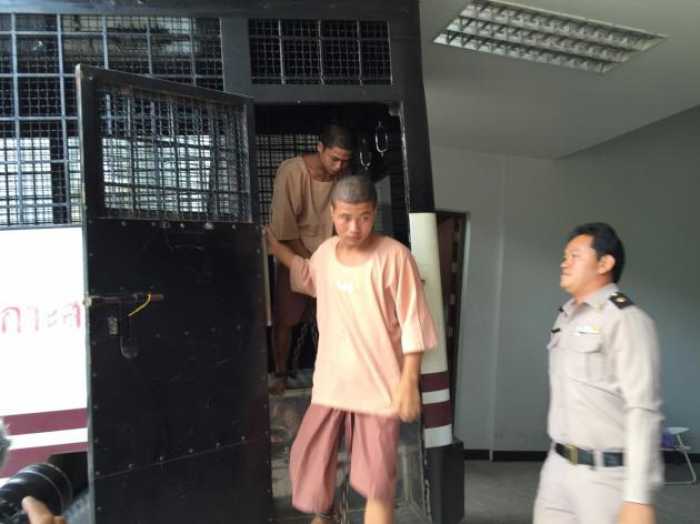 PHUKET: Two Myanmar suspects have pleaded innocent in court over charges related to the murders of two British tourists on Koh Tao.

Their case is being closely watched, as the brutal crime made headlines both locally and internationally in September. Myanmar and Britain have also looked into the case, which involves their nationals.

Zaw Lin and Win Zaw Htun, both 21, were presented at the Koh Samui Provincial Court yesterday to hear the charges against them, but denied any wrongdoing.

The shocking crime took place on September 15 on Koh Tao, a usually idyllic island in Surat Thani province. A few weeks later, the two suspects were arrested and according to police, submitted a confession.

However, the two migrant workers recanted on October 26 and have since claimed they were tortured into confessing to a crime they did not commit.

The Myanmar Embassy is now preparing to seek bail for the two suspects.

“We will assure the court that the two suspects won’t flee,” a senior official of the embassy said yesterday.

The court disclosed that families of the victims would join the court proceedings as co-plaintiffs.

The next court hearing is scheduled on February 25.

“We will talk about the case to create a mutual understanding,” Somyot said.

British police were in Thailand last month to observe the Thai police investigation.

Gen Somyot’s meeting is included in his work trip to London. Accompanied by several high-ranking police officers, Gen Somyot will attend an international seminar on anti-human trafficking and prevention of Internet-based child seduction and abuses.