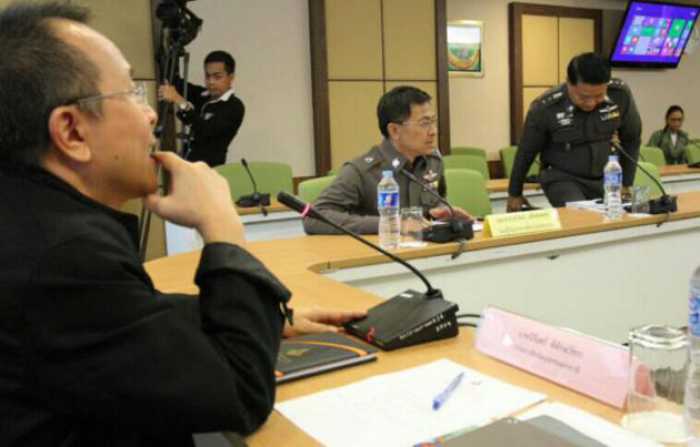 PHUKET: Police have not used any violence against two Myanmar nationals detained over the murders of two British tourists on Koh Tao, a senior police officer told a subcommittee of the National Human Rights Commission (NHRC) yesterday.

He showed up yesterday after repeatedly postponing his meeting with the NHRC.

“He insists that all [police] units have proceeded in line with investigation principles and that no violence was used,” subcommittee chairman Niran Pitakwatchara said.

The suspects have recanted their confessions, claiming they were forced into admitting to crimes they did not commit.

Niran’s subcommittee has been looking into whether police violated the suspects’ rights during their detention.

The suspects’ parents have been seeking help from various authorities including the NRHC.

“We have told the National Police to set up a fact-finding committee to look into torture allegations. It needs to prove its transparency and accountability,” Niran said.

In a related development, public prosecutors are set to arraign the suspects today. “There is solid evidence,” Tawatchai Seangchaew, chief of the Office of State Attorney Region 8, said yesterday.