On hand to witness the ID card registration were Mrs Tuenjai Deethet, a member of the National Human Rights Commission, and children, grandchildren and great grandchildren of Ko-ee Meeme, affectionately known as Grandfather Ko-ee.

Mrs Tuenjai told the media that the old man was born on Thai soil at the border between Phetchaburi and Ratchaburi provinces which was the ancestral region of the Karen ethnic people and that he was entitled to Thai citizenship.

Without Thai citizenship, Ko-ee had long been unable to access state-provided welfare, such as the state subsidy for the elderly. The government pays at least 600 baht a month to Thais aged over 60 years with centenarians entitled to 1,000 baht a month. Thai citizenship also allows access to the country’s universal healthcare scheme, which offers almost all types of medical services for free.

She noted that the case of Grandfather Ko-ee represented a good example of cooperation of several relevant agencies to resolve the problem of nationality, especially for many elderly ethnic minority people in Thailand who are still regarded as stateless.

One of Ko-ee’a grandsons, Pholachi “Billy” Rakchongcharoen, was a respected activist. Pholachi, however, disappeared in 2014 after last being seen in the custody of forestry officials. His suspected enforced disappearance made international headlines.

The HR commissioner said that there are many stateless people who have been living in Thailand for several decades but were not granted Thai citizenship because they lack necessary official documents such as birth certificates which would prove that they were born in Thailand.

Because of their status as stateless persons, she said they were not entitled to state welfare, to travel freely or officially apply for jobs. 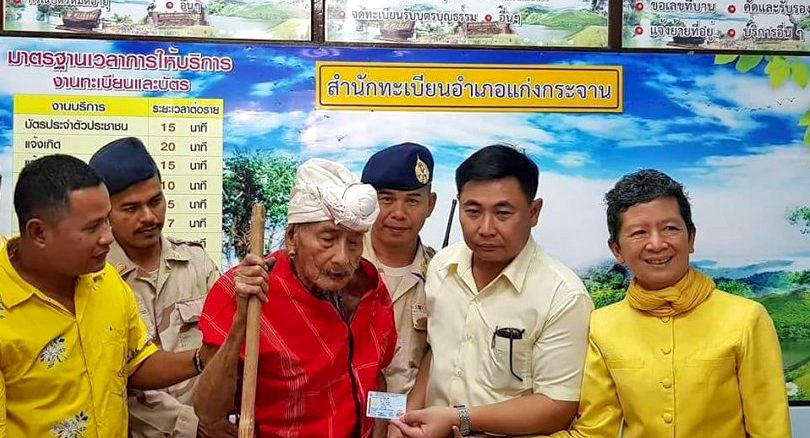