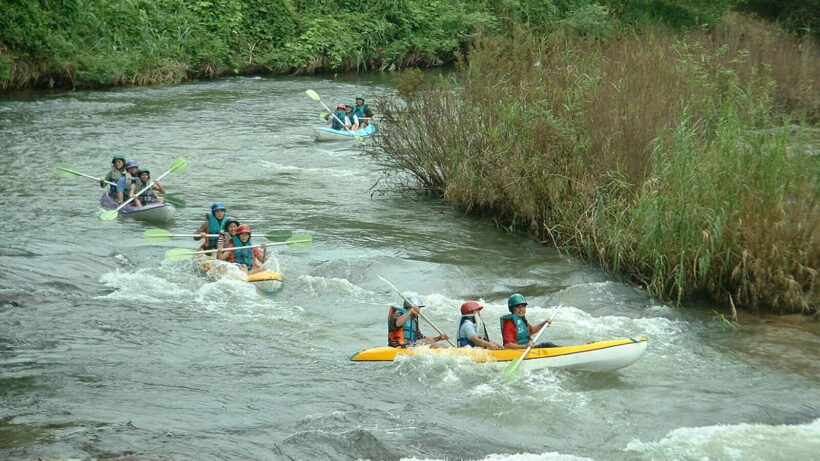 Park officials closed the rapids until they say otherwise. Regarding the closure, park officials referenced a CCSA order from August 1. The order designated Prachin Buri as a dark red province with all the restrictions that such a designation includes.

The rapids, which starts from the Khao Yai National Park and flows into the Sai Yai River, is considered one of the provinces main tourist draws. However, the strong whirlpool necessitates skilful oarsmen to steer through the rapids on rubber rafts.

However, prior to the official closure, the rapids were reportedly short of tourists because of the Covid situation. Previous tour organisers had attempted to get trips together but the trips were unsuccessful. It is not known if they were unsuccessful due to a lack of tourists or underwhelming rapids.

gummy
So Thai experts think Covid 19 is transmitted via rivers now then, interesting